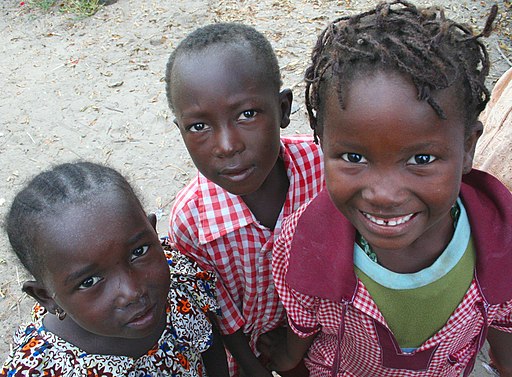 The Gambia is a small, strangely shaped country in West Africa where 48% of the 2.1 million residents live in poverty. Aside from issues of food security, malnutrition and other poverty-related issues, The Gambia struggles with human trafficking.

Human Trafficking in The Gambia

Societal barriers, including poverty, stigma and a lack of awareness, fuel underreported cases of human trafficking in The Gambia, said U.N. Human Rights Expert Maud De Boer-Buquicchio. Further, most child sexual exploitation occurs in the poorest areas, according to the Bureau of International Labor Affairs.

Because the government has no formal witness protection policy and keeping victims’ identities confidential is not a priority, victims decide not to seek justice. In fact, 2020 marked the government’s third consecutive year to not convict any traffickers. However, the government did identify 12 victims, a notable increase from the four identifications during the prior reporting period. Allegations that police officers requested bribes to register trafficking complaints fostered distrust among victims.

The U.S. Department of State’s 2020 Trafficking in Persons (TIP) Report of 2020  placed The Gambia on the Tier 2 Watchlist. This means that although the government does not completely meet the minimum standards to eliminate trafficking, it is making meaningful efforts toward that effort. Notably, in 2019, the National Agency Against Trafficking in Persons (NAATIP) trained all border posts on human trafficking.  Specifically, it taught them how to identify victims. In addition, the Ministry of Justice successfully doubled the funding for the NAATIP, which allowed for additional education and training.

The Gambian government allotted 600,000-dalasi, equivalent to $11,760 USD, to victim assistance including Department of Social Welfare (DSW) shelters. These shelters provide basic services like shelter, medical assistance and basic counseling for trafficking victims, women and children. However, most of these shelters center around the capital Banjul, largely excluding people in rural areas.

Child Exploitation and Trafficking in The Gambia

The Gambian Constitution explicitly ensures free compulsory education, yet the costs of books, uniforms and exams are unaffordable for some families. As a result, when children miss school to avoid unpaid school fees, their vulnerability to child labor increases. Also, legally, Gambian children can start an apprenticeship in the informal sector at 12 years old, which is four years before their compulsory education ends. This increases their vulnerability to child labor and encourages them to not complete school. That is partially why when The United States Department of Labor (DOL) released the 2019 edition of its Annual Findings on the Worst Forms of Child Labor Report (TDA Report), it noted that while there is an improvement, “children in The Gambia still engage in the worst forms of child labor.”

Success and Suggestions for The Gambia

The Gambia continues to push back against human trafficking with key plans addressing these problems. The NAATIP organized a march to commemorate World Day Against Trafficking in Persons and coordinated school outreach to schools.  Also, the Ministry of Education incentivized Quranic teachers to educate students about trafficking and to encourage them not to beg. Third, The Gambia entered into a memorandum of understanding with The United Arab Emirates (UAE) to protect Gambians working in the UAE.

The Gambia has made some progress in fighting human trafficking. First, it advanced to the Tier 2 Watchlist of the U.S. State Department’s TIP Report. Also, it made “moderate advancement” according to the U.S. Department of Labor’s TDA Report. As the U.N.’s De Boer-Buquicchio summarizes, “The Gambia has come a long way to put in place impressive laws, policies and child protection structures. Their strict and uncompromising enforcement is key in delivering results and achieving societal changes children deserve.”

The Effects of COVID-19 in SomaliaImproving Conditions in Minawao Camp, Cameroon
Scroll to top