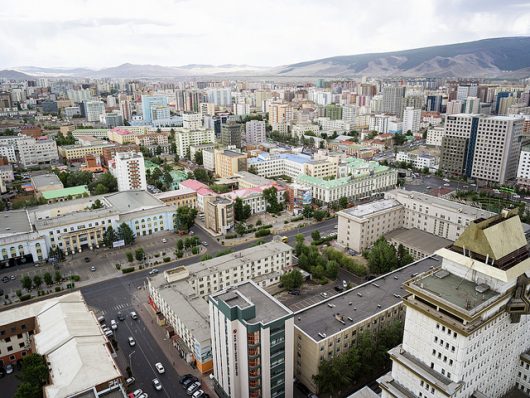 How to help people in Mongolia? Over 27 years after the revolution that would lead Mongolia to a democratic form of government, the country faces social and economic issues that have yet to be resolved. Mongolia’s current poverty issues are mostly connected to its climate and natural disasters such as severe snow storms over the winter and droughts during the summer. The characteristic nomadic way of living is slowly fading because of how animals, as well as their owners, are gravely affected by such climate conditions.

As a country whose economy relies on agriculture and cattle raising, such natural impacts destroy Mongolia’s economy from the root. Thus, Mongolia’s poverty is higher in rural areas than in major cities.

The Red Cross has been successfully helping Mongolia’s population during the “dzud,” a natural disaster seen only in Mongolia that is distinguished by its severe low temperatures. 2010 was the culminating point, when eight million animals were killed by the natural phenomenon.

By working hand in hand with families within the affected communities, the Red Cross has provided supplies, shelter, physical and emotional support throughout 17 different provinces across Mongolia.

Ways to Help People in Mongolia

But the different ways of how to help people in Mongolia encompass more than the effects of extreme weather, and therefore have to be tackled with a variety of concepts and strategies.

The United Nations has been working with Mongolia and its citizens to develop an integrated national system as well as macroeconomic plans, which were previously lacking. These strategies have decreased unemployment and reduced poverty due to their economic impact in the country.

The organization People in Need have been working with the country of Mongolia for decades. The NGO ensures access to healthcare for habitants in remote locations, distributes food around the country and helps rebuild rural areas after harsh weather events, among other forms of aid.

How to help people in Mongolia is a question with a simple answer. Creating and spreading awareness is key, and the companies mentioned above and many more are successfully doing this every day. There is hope for Mongolia.

Additional US Aid for Syrians Caught in the WarWhat are the Causes of Poverty in Kiribati?
Scroll to top