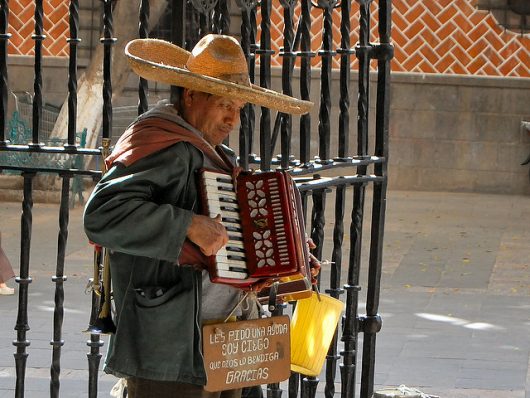 When people think about the country of Mexico, people reflect on some of its cultural features. These include the country’s food, music and clothing style. What people do not know about Mexico is that between the years of 2012 and 2014, the number of individuals living in conditions of poverty has increased by two million.

With this fact in mind, many people ask how to help people in Mexico. Due to the Mexican government spending many of its resources fighting the growing problem of cartels within its borders in conjunction to helping grow its economy, private solutions to poverty in Mexico appear to be much more adequate solutions to this issue.

This article highlights some NGOs that address to problem of how to help people in Mexico. Below are two NGOs that are currently doing this.

Drug violence and drug trafficking has transformed the cities of Mexico — essentially into war zones — and has taken hold of every section of the country’s state and national politics. The people most affected by the influence of the cartels in Mexico are the nation’s child populations. The NGO, Children International, is helping people in Mexico by focusing on the child populations living in the country’s cities.

Children International is helping people in Mexico by creating community centers which act as safe havens for the kids residing in this region. These centers contain books and computers for educational purposes, and toys to keep them entertained. On top of this, these centers also serve as a hub for child program activities that teach kids they can have a better life, and how to achieve that life.

One way to begin helping people in Mexico is to either donate to this NGO or to do volunteer work with their organization. Although volunteering is the most effective way of helping these people, any donation made makes a great difference.

Freedom From Hunger is partnering up with local organizations in Mexico’s major cities and food banks. This partnership is being done to reach out to the needy in the country and give them access to a better food supply.

On top of this, Freedom From Hunger is helping people in Mexico by creating savings and loan programs for the people living under conditions of poverty. Although the incomes of these groups may be low, the issue of poverty only gets exacerbated when families fall further into debt or make poor financial decisions with what little money they do have.

Between helping the poor in Mexico deal with food insecurity and their economic issues, Freedom From Hunger is making great strides in fighting poverty in Mexico. In their first year, they reached out to 14,000 people in villages and cities where these services are needed. To support this group, and to begin helping the people in Mexico, volunteering one’s time or donating is a great way to start.

Private institutions are not always as efficient at making the substantive change needed to begin eliminating poverty, and at the current moment, the Mexican government is unable to make real change for its people dealing with poverty. With time and commitment, these organizations offer solutions for how to help people in Mexico and can continue to make the change needed in the country.