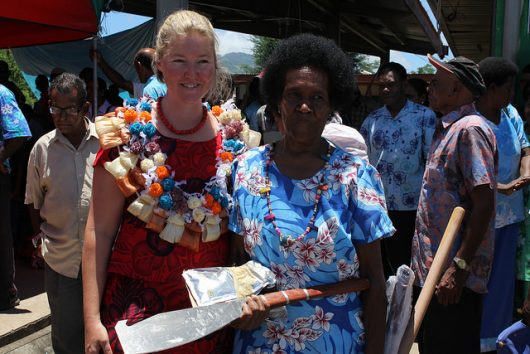 In 2016, Cyclone Winston, the most powerful tropical storm on record in the southern hemisphere, ripped through the island of Fiji. Winston killed 44 people, destroyed 30,000 homes, and caused nearly $200 million in damages. Later that same year, Cyclone Zena caused significant flooding and damage to Fiji as well. Much of the country’s formerly well-developed infrastructure was damaged by these two storms, and efforts to find out how to help people in Fiji must be continued.

Before the devastation of the double cyclones, there was a good deal of work being done in Fiji to help impoverished communities on the islands. One of the most prominent groups doing this work was HELP International. Projects HELP committed to included anti-drug activism, financial responsibility courses and a multitude of physical education classes for children, especially those with disabilities. However, while only 40 percent of the population was directly affected by Winston and Zena, the most pressing issues remain the assistance and rehabilitation of the islands most dramatically impacted by the tropical storms.

The Food and Agriculture Organization (FAO) of the United Nations is one of the most prominent groups working on how to help people in Fiji. In terms of immediate response, the FAO distributed 90,000 packets of seeds and more than 500,000 fresh planting materials in order to combat food insecurity.

Despite these encouraging signs, there is still much to be done a year after the cyclones devastated the islands. If you are trying to find out how to help people in Fiji, the Fijian government has established a plan to work the islands back to functionality, but foreign aid and investment will be needed.

A program called “Adopt a School” has been started by the Fijian government, with the express purpose of allowing concerned groups to establish and rebuild damaged schools. The “Help for Homes” initiative is a program partially funded by the government in an attempt to subsidize the rebuilding of homes for those who lost them in Winston and Zena.

However, the government is short roughly $97 million, and is relying on donors to fill the gap. The sugar industry, devastated by the storms, is facing similar rebuilding problems and requires similar levels of assistance. Though we cannot forget those affected here in the United States by Irma and Harvey, aid to those whose lives were destroyed by other storms in other countries should not be kept from all who need it.

How to Help People in Tunisia Migration and Poverty: An Overview
Scroll to top