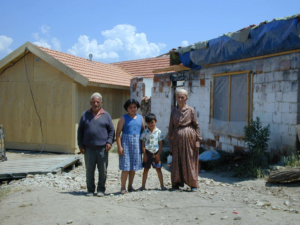 Although the Kosovo war has ended, there are still citizens who remain displaced. The U.N. Refugee Agency reported that 90,000 people still need housing assistance, and there lacks a clear strategy set to combat homelessness. Although a cogent strategy has yet to reveal itself, there are key issues that the government and various aid organizations need to look at in order to combat homelessness in Kosovo. These include domestic abuse, the development of housing projects and the fate of internally displaced people (IDP).

Many women and children suffer from domestic abuse in Kosovo. In 2016, reports determined that there were 870 cases of domestic violence in Kosovo, with women mostly being the target. Currently, officials lack adequate housing assistance for those who suffer from domestic abuse. There are two components that make housing assistance inadequate: financial instability in the shelters, and the low chance of adequate housing for women and children after they leave the shelter. These factors leave women and children at risk of homelessness in Kosovo. The shelters have been improving in recent times. According to a report from the Organization for Security and Co-operation in Europe, over 400 women along with their children received assistance and shelter from the operating shelters in Kosovo between January and November 2018.

The Kosovo war, which lasted from 1998 to 1999, has also put a number of its citizens at the brink of homelessness. The chaos from war has resulted in the destruction of 120,000 housing structures. The state of homelessness in Kosovo is also hard to define because the nation does not address the level of homelessness at the national level and instead diverts these responsibilities to different regional agencies. These circumstances have forced many refugees into a state of uncertainty. Thankfully, officials that have received the designation to work on housing projects had begun constructing housing projects for the refugees beginning to return home. Contractors begun building the R121 million-dollar housing project in the summer of 2019 and residents were able to move in the following year.

Kosovo’s long-lasting conflict has left many of its people to fall into the category of IDPs. The term describes internally displaced people who flee their homes but still remain on the borders of their nation. A majority of the people reside in Serbia, where they have access to healthcare and social services. IDPs have the unfortunate risk of facing discrimination in the process of obtaining these rights. To add, many IDPs may lack identification which puts them into a stateless position within their own country. IDPs mainly tend to go back to rural areas rather than urban areas because they face the threat of violence upon their return. The government of Kosovo has been making slight progress on the issue of violence through services for the homeless called “do no harm” innovations. The innovation makes it required that refugees and IDPs returning home shall not be harmed. Although the act is small and not groundbreaking, it is a step towards positive change for homelessness in Kosovo.