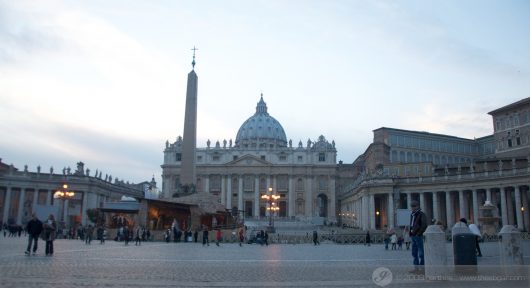 Holy See, also known as Vatican City, is a small nation located in southern Europe and is an enclave of Rome in Italy that is the seat of the Catholic Church. It is not exactly known how much personal wealth the citizens of Vatican City have, but it is known that the Holy See poverty rate is virtually non-existent.

The Holy See is supported by a multitude of sources, including investments, real estate income and donations from Catholic individuals, as well as dioceses and institutions. Even though it is the smallest nation in the world in both size and population, the Holy See’s GDP per capita is an estimated $21,198, which makes Vatican City the 18th wealthiest nation in the world per capita.

The population of this small independent state is very small, which contributes to the Holy See poverty rate being non-existent. In July 2001, the estimated population in Vatican City was 890, and it generally sees a growth rate of about 1.15 percent. Most of the residents of the state are related to the Church in some way, supplemented by elderly officers and servants for the Church. Most of the jobs within the Vatican itself include secretarial, domestic, trade and service jobs. The working week is fairly reasonable, although some keep longer hours, such as the Secretariat of State.

Workers that reside within Vatican City also enjoy numerous religious holidays, and Italians that work in Vatican City are exempt from having to join the military. Defense is provided by Italy, known as the Swiss Guard, who performs ceremonial and limited security duties. The members of the Swiss Guard tend to make a relatively low salary, but they are usually younger men with private incomes.

Fortunately, it would appear that the Holy See poverty rate is unlikely to increase in the near future.

PATH: A Global Health InnovatorHow to Help People in Cabo Verde: To Persevere
Scroll to top