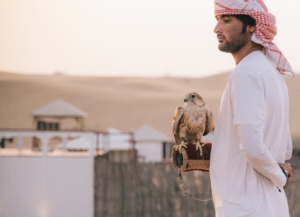 HIV infection is a critical global health threat and a prevailing issue in the Middle East, which had the second fastest-growing HIV epidemic in 2016. Although some identify the HIV/AIDS situation in the United Arab Emirates (UAE) as low-prevalence, there are some substantial concerns that people should not neglect. The recent shift in attitude towards HIV in the UAE contributes to addressing the existing concerns and issues.

The UAE ranks as number one in the world for the lowest prevalence of HIV (per percentage of the adult population). However, it is crucial to keep several factors in mind; the country only includes the local population in the available data as anyone who applies for a residence/work permit in the UAE must take a medical examination identifying HIV-negative results. In addition, the UAE may deport those already living in the UAE who test HIV-positive.

The first cases of HIV in the UAE emerged in reports in the 1980s and reached a cumulative total of 780 cases among UAE national citizens by the end of 2012. According to the World Health Organization, the number of new HIV cases per year increased from 25 in 2010 to 49 in 2016, which, despite the increase, remains significantly low. Due to the lack of available recent data on HIV seroprevalence in the UAE, increases in the number of cases are neither precise or updated. Indeed, the reported number of cases only represent the people who had officially registered themselves during screenings of blood donations, premarital testing, pregnancies and patients with tuberculosis. Accordingly, the available data may underrepresent or exclude groups with the highest risk exposure including people who have sexual relations and those who inject drugs.

HIV/ AIDS remains a sensitive and taboo topic in the UAE due to the lack of knowledge and awareness regarding the issue as well as strong beliefs that people can only transmit HIV through religiously forbidden sexual relations. Indeed, a study from 2016 identified 48 percent of students as having low knowledge on the topic and misconceptions, contributing to the stigmatization and discrimination of people living with HIV.

As Human Rights Watch reported, prisoners with HIV in the UAE suffer segregation and isolation from others in the prison, thus facing systemic stigma and discrimination. Moreover, non-national detainees with HIV encounter considerable risks while in Emirati prisons, as reports determined that the prisons denied some lifesaving HIV treatments. Indeed, prison authorities have sometimes delayed or interrupted critical medical treatment for several months, thus increasing the feasibility of health deterioration for non-nationals. Moreover, Human Rights Watch emphasizes the obligation the UAE has to provide appropriate health care to all prisoners without discriminating against non-nationals and reiterates that denying or interrupting medical treatment is a violation of the right to health and possibly the right to life.

The UAE is shifting its approach regarding the topic of HIV/AIDS and making efforts to strengthen its fight against the virus. The UAE’s National Aids Programme is increasing its transparency and working with the United Nations on reports shedding light on the prevalence of HIV in the UAE. Furthermore, the UAE has aligned its national agenda to the 2030 Sustainable Development Goals (SDG), as both a member of the United Nations and a major international donor. UAE’s Vision 2021 strengthens the importance of improving its health care system and preventing diseases. An essential health-related target in the SDG agenda involves ending the epidemics of AIDS and communicable diseases (Target 3.3), which the UAE specifically addresses in its 2021 national agenda targets.

How Should the World Be Measuring Global Poverty?House Resolution 599 and U.S.-Uzbek Relations
Scroll to top