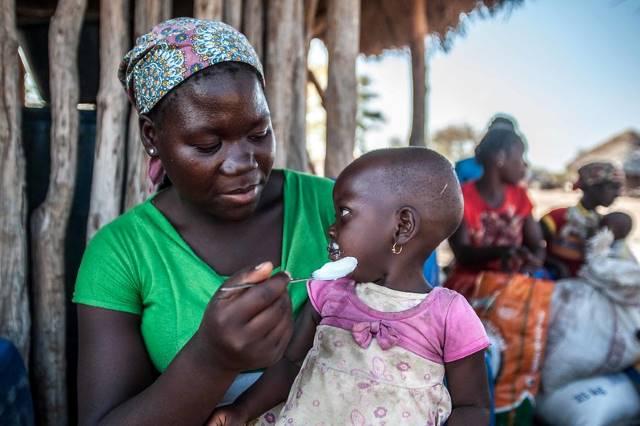 The state of healthcare in Mozambique has drastically changed in the last few decades. While Mozambique was once a country with little access to healthcare services, the country has decreased mortality rates since the launch of its Health Sector Recovery Program after the Mozambican civil war, with assistance from the World Bank.

The Mozambican civil war that took place from 1977-1992 had lasting effects on the country’s healthcare system and economy, resulting in limited funding for health services and insufficient access to care providers.

The Health Sector Recovery Program was launched in 1996 in order to refocus on funding healthcare in Mozambique, which desperately needed expanded resources to address the growing health crises. New health facilities were constructed throughout the country increasing accessibility to healthcare. The number of health facilities in Mozambique from the start of the civil war to 2012 quadrupled from 362 to 1,432 and the number of healthcare workers increased along with it.

Improvements to Healthcare and Accessibility

About 30 years ago, Mozambique had one of the highest mortality rates for children under 5 but was able to significantly reduce this number after the success of the Health Sector Policy Program. In 1990, this rate was 243.1 mortalities per 1,000 children. The rate has been reduced to 74.2 mortalities as of 2019. Maternal health was also targeted by the program, with increased health facility births from 2003 to 2011.

Despite these improvements to healthcare in Mozambique, Cabo Delgado, a northeastern province, is facing one of the worst healthcare crises in the country since violence struck the area in October 2017. Conflict between non-state armed forces clashing with security forces and other armed groups has caused more than 200,000 people in the area to become internally displaced. Coupled with the aftermath of Hurricane Kenneth, one of the strongest hurricanes to hit Africa, the area is facing severe food shortages and lack of shelter for people.

Cabo Delgado has also seen a rise in COVID-19 cases and other diseases such as cholera, diarrhea and measles, resulting from inadequate clean water and sanitation.

On December 22, 2020, UNICEF shared a press release on the increased need for healthcare in Cabo Delgado. As the rainy season begins, there is an increased risk for deadly disease outbreaks. It appealed for $52.8 million in humanitarian assistance for 2021 projects aimed at aiding Mozambique.

UNICEF is expanding its water and sanitation response in order to prevent the outbreak of water-borne diseases like cholera and the further spread of COVID-19.

UNICEF also aims to give crucial vaccines to children in Mozambique, increasing its numbers from 2020. The 2021 targets include vaccinating more than 67,000 children against polio and more than 400,000 measles vaccinations. Children will also be treated for nutritional deficiencies from food insecurity and UNICEF plans to screen more than 380,000 children under 5 for malnourishment and enroll them in nutritional treatment programs.

Mental health support services will be provided to more than 37,000 children and caregivers in need, especially those experiencing displacement from armed conflict and those affected by COVID-19.

The Future of Healthcare in Mozambique