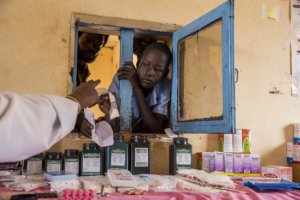 Kenya is a coastal country located in East Africa. The nation is developing significantly in terms of economy and healthcare provision. However, since there is a high prevalence of natural disasters and poverty, there are recognizable problems when it comes to healthcare in Kenya. For instance, there are 8.3 nurses and 1.5 doctors per 10,000 people. These numbers fall drastically short of the WHO recommendation of 25 nurses and 36 doctors per 10,000 people. Here are six of the major issues related to healthcare in Kenya and how the country is addressing them.

6 Facts About Healthcare in Kenya

Kenya is determined to address the most challenging problems related to healthcare in the country. There is an emphasis on research and investing in resources to help more people to access better and more affordable healthcare services. Healthcare in Kenya is expected to see improvement in the coming years.

Gojek: Bridging the gap between SMEs and Big Tech in IndonesiaHow Kyrgyzstan Youth are Fighting Poverty
Scroll to top