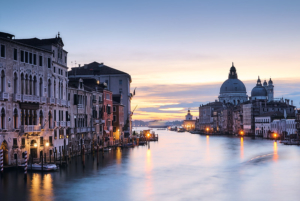 Before the outbreak of the pandemic, the number of Italian families living in absolute poverty — those without the means to buy basic necessities — was decreasing. In 2020, 7.7% of people lived in absolute poverty as compared to 6.4% of the population in 2019. A recent report released by the Istituto Nazionale di Statistica (ISTAT) found that in 2020, the number of Italians living in absolute poverty reached its highest level in about 15 years, rising by one million or 9.4% of the population. Linked to a severe economic recession, the growing poverty in Italy signals a growing economic crisis amid the global COVID-19 pandemic.

As the worst economic crisis, Europe has witnessed since the end of World War II, the coronavirus pandemic has had devastating consequences on the Italian economy. In 2020, Italy’s gross domestic product shrank 8.9% compared with the 6.2% average decline across the EU. As for the unemployment rate, at the start of 2021, the country’s unemployment rate stood at 10% while the youth unemployment rate ran at 31%.

Those Most Affected by Growing Poverty in Italy

Further, increases in absolute poverty were more prevalent in the north of the country where the rate increased from 5.8% in 2019 to 7.6% in 2020. In the south, or the Mezzogiorno as known by Italians, absolute poverty is more widespread reaching 9.3% of  Italians but has not grown as significantly as in the north.

Because of the strict lockdown measures imposed since the start of the pandemic, Italians have reduced consumption by almost 9.1%. In 2019, Italians spent on average €2,560 euros a month; now, they spend €2,328. This decrease in consumption largely explains the fall in the country’s gross domestic product and reflects the inability to spend on certain goods and services that people did pre-COVID-19. For example, in 2020, consumption of foods, clothes, water and electricity remained relatively stable. What changed was the consumption of services that require close proximity to other people, such as restaurant dining, stays at hotels and vacations homes, live shows and transportation.

As restrictions ease in Italy and vaccinations become more widespread, consumption will once again increase and have less of an impact on the country’s GDP. Nonetheless, it will be difficult for those who have fallen under the poverty line to once again earn enough to buy basic necessities. It seems such a change may happen with intervention as Prime Minister Mario Draghi gears his approved €315 billion spending plan toward public investment and incentives. He also plans to allocate 40% of the total core spending to the depressed south and seeks to prioritize women, who only represent 53% of the country’s workforce, to reduce growing poverty in Italy.

Overall, in efforts to reopen the country safely and recover from the pandemic’s economic consequences, targeted action toward those most in need will prove critical to decrease the heightened rate of absolute poverty.