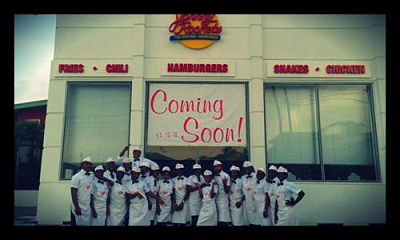 As living conditions gradually improve for many of the 1 billion people who live in poverty, nowhere is the change so notable as in Africa, where over 300 million people still live in poverty. While the total number of Africans living on less than $1.25 per day has decreased over the past decade, much of this improvement has been in urban areas. 70 percent of Africa’s poor live in rural areas, and most depend on agricultural pursuits for their food and livelihood.

For those middle class Africans who live in cities, however, there are more opportunities than ever before to spend money at global corporations. Huge multi-national businesses such as Wal-Mart, as well as fast food chains and restaurants such as KFC and Domino’s Pizza, have continued to invest in Africa’s growing economy by opening new locations in urban and semi-urban areas.

Nigeria is at the forefront of business growth and development in Africa. With over 160 million inhabitants, Nigeria is Africa’s most populous country. Over 60 percent of those 160 million people, most of them in rural areas, still live below the poverty line. However, about a quarter of the country’s population falls into the middle class, earning between $480 and $645 per month. As the Nigerian middle class grows, its appetite for foreign brands, services, and foods has also grown.

Nigeria’s urban residents pay the equivalent of $22 USD for a double bacon cheeseburger at the restaurant chain Johnny Rockets, which recently opened a diner in Lagos, Nigeria’s largest city. A milkshake costs $11.25 USD. For the Nigerian middle class, dining at Johnny Rockets is a luxury they can afford only occasionally.

While those who have moved above the poverty line and into the middle class should have freedom in where and how to spend money, it is worthwhile to examine the potential negative impacts of the growth of multi-national corporations. The growth of global businesses contributes to ever-greater wealth inequality, as money becomes concentrated in the hands of the few who own and operate those businesses. Developing countries are better served by investing in and establishing strong local economies that utilize local talent and labor, support locally owned businesses, and keep wealth within the community.