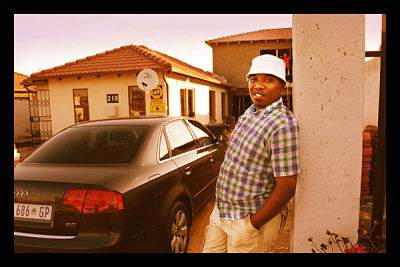 The middle class is essential for economic and democratic growth. The continent of Africa, consisting of 54 independent countries, contains the poorest countries in the world, according to the human development index created by the United Nations. However, over the last 15 years, the middle class in Africa has grown.

As the middle class expands, so does consumerism. The growth of the African middle class not only means more stability for Africa, but also more profit for American businesses. More of the African population is buying televisions, cell phones, and leisure and entertainment items, which Western companies provide.

A strong and large African middle class is beneficial. The African middle class consumed approximately $680 billion in 2008, consisting of nearly a quarter of Africa’s GDP. At this rate, Africa will comprise approximately 3 percent of worldwide consumption by 2020, with about $2.2 trillion of consumer spending. The middle class will help grow the economy as they have more income to spend and can invest more of their finances in health and education. However, 60 percent of the African population continues to earn a meager $2-$4 daily.

Policies that focus on both human capital development and job generation will ensure the growth of the African middle class. Continued improvements in governance, better access to technology, the rapid spread of mobile telephones, and the better use of natural resources are necessary. Additionally, social changes and policies that focus on education and health will work to support those earning $2-$4 a day.

The U.S. should continue investing in Africa through aid. History demonstrates that the U.S. benefits greatly by assisting poorer countries. For instance, from 1960 to 1974 the U.S. provided South Korea with $5.6 billion in aid. In 2010, the annual U.S. export to South Korea was $38.8 billion. But this is just one example. Find more information about the benefits of reducing global poverty here.

Sources: How We Made It In Africa, UN Development Program, The Borgen Project, National Geographic
Photo: Forbes India