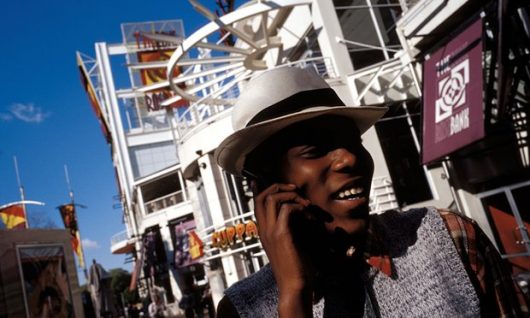 Agriculture is the key industry in developing countries. It grants a generous number of employment opportunities to the local population and therefore, is an important source of income for poor households. Farmers are responsible for harvesting fresh produce and contribute significantly to the health of the local community.

The Green Revolution, with its roots predominantly in Africa, proposes specific targeted measures to increase yields from farming. It advocates the use of scientific research to complement traditional farming techniques. By doing this, farmers can be advised on the optimum conditions to grow their crop, the comparative effectiveness of fertilizers and even the best technology that can aid farming.

Approximately a decade ago, Africa substantially increased its core investments in agriculture. The investment not only involved increasing support for farmers but also directing more resources towards research and development to discover more effective farming strategies.

One important objective of the Green Revolution in Africa is to transition from a highly human labor dependent farming system to a mechanized system, whereby machines perform repetitive tasks with greater efficiency.

Ren Wang, Assistant Director of the Food and Agriculture Organization of the United Nations, expresses his belief that, “mechanization in its broadest sense can contribute significantly to the sustainable development of food systems globally, as it has the potential to render post-harvest, processing and marketing activities and functions more efficient, effective and environmentally friendly.”

Increasing farming productivity and output is likely to contribute to better incomes for farmers and greater opportunities for entrepreneurship. Farmers are more likely to be encouraged to continue farming if equipped with good quality resources such as fertile soil, controlled climatic factors and efficient machinery.

Organizations such as the Bill and Melinda Gates Foundation have demonstrated support for this ambitious revolution by donating millions of dollars to the cause. The reasoning for these donations lies in the fact that the agriculture industry has made considerable progress, yet poor nutrition remains an important cause of mortality and morbidity in Africa.

Malnutrition, especially in younger children, has resulted in approximately 18 percent of children under the age of five being underweight. This not only has detrimental consequences for normal physical development, but also future social capital. If children do not receive adequate nutrition, their ability to learn is impaired and they will only be able to contribute to the society in a limited number of ways.

According to the United Nations, by 2050, Africa is estimated to have approximately 2.4 billion individuals — nearly double its current population. With such a precipitous increase in population, the Green Revolution can only aspire to transform farming into a profitable and productive proposition.