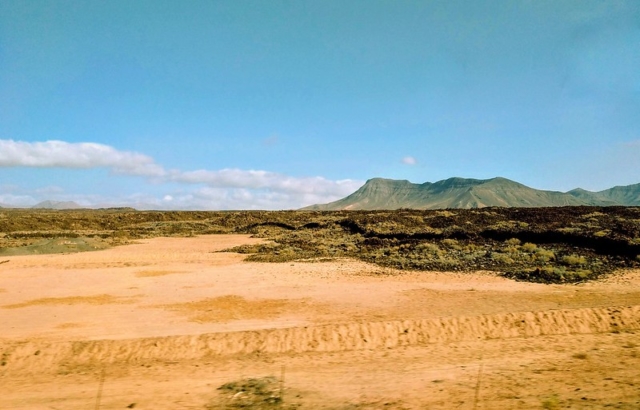 Desertification is the “degradation of land in arid, semi-arid and dry sub-humid areas,” according to the United Nations. Worldwide, people are seeing the encroaching effects of desertification increasing due to factors such as climate change, overgrazing of pastoral lands, deforestation, over drafting groundwater and over-farming land. When clearing trees and using groundwater, soil begins to lose root systems and hydration, causing it to simply blow away.

According to the United Nations Education, Science and Cultural Organization (UNESCO), one-third of the world’s land surface is susceptible to desertification. The issue is even more dire for areas already suffering from water scarcity, for when they lose their resources, there is often little rain or irrigation available to allow for the regeneration of forests and green lands. This then leads to subsequent food scarcity. However, many global initiatives exist to come up with solutions to desertification and its impact.

Satellite data has become an integral tool to map the spread and suppression of desertification globally. For 10 years, the United Nations Convention to Combat Desertification (UNCCD) has worked with the European Space Agency (ESA). Its partnership involves efforts to monitor global desertification.

Satellites allow scientists a bird’s eye view to be able to strategize better and cut off desertification as it spreads. They can map the levels of moisture in the soil, allowing scientists the foresight into areas that may become more susceptible to desertification. Satellites are also offering scientists the ability to maximize their rehabilitation efforts. In doing so, they can gauge the number of trees an area can withstand. Planting too many trees in an area involves wasting time and resources, considering the trees will not survive.

Rehabilitation is critical in reducing desertification. In Africa, a plan that the African Union instituted will create a wall of trees stretching from Senegal to Djibouti. The Great Green Wall will reduce the spread of desertification across the African plains and create an ecosystem for animals to be able to return. With purposeful and considerate planning, the green wall should allow for the cohabitation of humanity and nature. The wall also offers industry. By planting fruit-bearing trees, local people will be able to see the trees as a profit rather than a hindrance.

As of 2019, these efforts have only resulted in the planting of 15 percent of the planned 8,000 km of trees due to monetary issues. In addition, the process of planting and caring for trees is very slow. In 2002, China began enforcing the Law of Prevention and Control of Desertification. This involved the world’s first integrated wall for the prevention and resolution of desertification. The law itself is rather vague, merely stating that “units or individuals that use desertified land have the obligation to rehabilitate the land.” However, that is intentional as it allows provinces affected to implement solutions to desertification that work for them, rather than trying to make the same program fit for a vast range of peoples and landscapes.

In 1994, the United Nations instituted The World Day to Combat Desertification and Drought, held annually on June 17. Observing the day acts as a way to promote education on the impacts of desertification globally. It also serves as a reminder that land degradation neutrality is achievable through problem-solving, community action and consistent cooperation at all levels.

Desertification has become a growing global concern, but affected countries are keenly and routinely taking action to develop solutions to desertification. Through preventative initiatives, pushes towards clean energy and climate change reducing measures, the hope is that someday land can restore so that desertification will be a problem of the past. However, it will need a global effort invoking the power of nations and people to care for the planet.