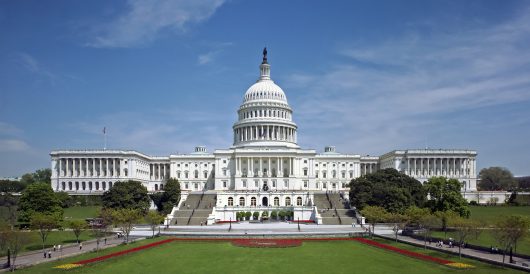 In February 2016, there were five new co-sponsors of the Global Food Security Act of 2016. Currently, this legislation has 120 cosponsors in the House of Representatives made up of 80 Democrats and 40 Republicans. In the Senate, there are 10 cosponsors, five Republicans and five Democrats.

Rep. Frank LoBiondo, (R-N.J.) and Rep. Charles “Charlie” Rangel (D-N.Y.), co-sponsored the Global Food Security Act of 2015 on Feb. 23, 2016. Rep. Rangel was mentioned as one of the original cosponsors of an earlier version of this bill, Global Food and Security Act of 2013 (H.R. 2822), in a press release from Rep. Betty McCollum (D-M.N). The earlier version of this legislation died in a previous Congress.

Rep. John Kline (R-M.N.), who signed on as a cosponsor at the end of the month, wrote an op-ed for the Kenyon Leader stating he will continue to work with colleagues on both sides of the aisle until his retirement at the end of the year.

The Global Food Security Act of 2015 (H.R. 1567 / S. 1252) is a bipartisan bill designed to help developing countries reduce global poverty and hunger, especially for women and children. According to the legislation’s text, it’s purpose is to achieve sustainable agricultural-led economic growth and to build resilience among vulnerable populations.

These goals would be accomplished by requiring the President to create a global food security strategy to fight global hunger, improve coordination with all relevant federal departments and agencies and establish meaningful monitoring and evaluation systems to track performance.

In addition, the bill also aims to improve coordination with outside organizations, such as U.S. universities, faith-based organizations, the private sector and host countries.

This legislation builds on the success of the Feed the Future initiative by continuing crucial investments in poor, rural farmers. Since its inception in 2009, Feed the Future has worked to increase agricultural productivity and generate opportunities for economic growth in developing countries.

The initiative also helps to boost harvests and incomes of small rural farmers, improve agricultural research and development and increase resilience to prevent recurrent crises so that communities can rebound as quickly as possible.