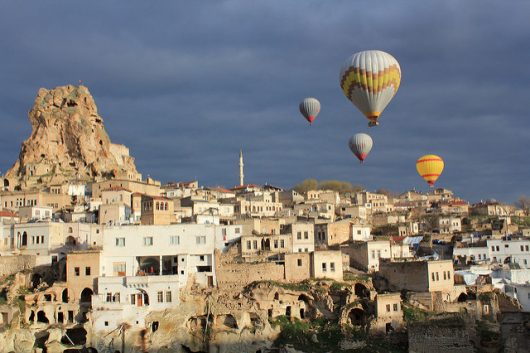 Anatolia is known as the Asian side of Turkey. Communities in Anatolia generally engage in a rural way of living where, most of the times, dynamics like globalization and technology are not the primary driving forces. Anatolia has been dealing with the issue of gender inequality in education, and there are many questions about girls’ education in this part of Turkey.

Reasons Behind the Gender Gap in Education

The gender gap that exists in Anatolia has not only existed in the workforce but has also translated to education in the region as well. Due to several different reasons, the people of Anatolia used to wish for their daughters to stay home and do domestic chores but, on the other hand, were motivated to send boys to school. That kind of behavior was a result of several barriers: lack of classrooms and schools, the distance of the school, the economic situation of families, early marriages problem and lack of female role models in Anatolia.

As the government was focused on decreasing the gender gap in education, the officials came up with a new program in 2004 that opened a door to many other programs and establishments related to this problem. Soon, the bad image of the situation was fixed with the help of different participants and the government taking effective steps to overcome the issue of the gender gap in the education of Anatolia.

Off to School, Girls!

One of the most impactful campaigns that was organized by the Minister of National Education and supported by UNICEF was Haydi Kızlar Okula! (Off to school, girls!). The campaign was very effective and became one of the first steps in the process of changing girls’ education in Anatolia.

The goal of Haydi Kızlar Okula! was to close the gender gap in 53 provinces that had the lowest enrollment rates of girls in schools in Anatolia by the end of 2005. The campaign did not only enable a sustainable social mobilization of the communities but also solved the issue of a lack of available schools and classrooms in different districts.

The campaign itself was a collective effort of many participants and institutions fulfilling their responsibilities for girls’ education in Anatolia. The government of Turkey might seem like the main organizer of the program but many other companies and organizations were also involved. Nationwide TV channels voluntarily contributed to the program in terms of spreading the news, and Coca-Cola provided free publicity.

The contribution of the campaign in solving the problem with girls’ school enrollment was remarkable because it increased the number of girls in primary schools immediately. According to 2010 data shared by the Ministry of National Education in Turkey, the number of the girls in schools in 10 provinces was 10 by the end of 2003. This number was increased to 33 provinces and 73.2 girls by the end of 2004 and then up to 53 provinces and 62.251 girls by the end of 2005. It should be highlighted that a total of 239.112 girls attended primary school as a direct result of Haydi Kızlar Okula!