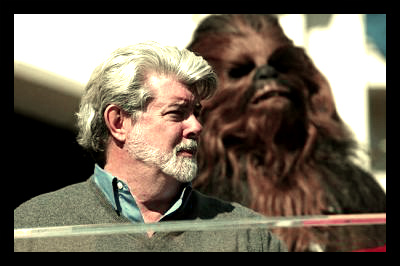 Star Wars emporium creator, George Lucas, generated a worldwide cult following after his creation of the renowned sci-fi series. But he is not all lightsabers and robots: after selling the franchise behind the hit movies – Lucasfilm – to Disney last year, Lucas pledged to donate at least half of the earnings to charity. Considering that he was heftily reimbursed with over $4 billion USD, Lucas will be able to make quite the impact after making that donation.

Producer Lucas has a specific cause in mind: he will use most of the acquired funds to endorse his own charitable foundation, Edutopia, which focuses on revolutionizing and improving K-12 education.

A contribution of this size will place George Lucas among the world’s most generous donors, being surpassed only by a select few, such as for example Bill Gates. Coincidentally, both billionaires – together with Mark Zuckerberg, Diane von Furstenberg, Eli Broad and dozens of others – have made the Giving Pledge, committing through such to donate the majority of their fortunes to charity.

On December 4, 2013 Lucas announced his intention to provide $25 million to the Chicago After School Matters project, which focuses on aiding teenagers in building specific skillsets through late afternoon apprenticeships.

As stated by Lucas himself, education is “the key to the survival of the human race” – his support of this campaign is set to provide thousands of children with improved education and better future opportunities in the job market. Also, the city of Chicago has agreed to add $11 million USD for this cause, vastly increasing the impact of this philanthropic gesture.

Last year, few attempted to conceal their utter disapproval of the decision to sell Lucasfilm to Disney. However, the director himself sees this as a purely positive thing: Star Wars is in safe hands, he claims, noting also that the sale provides an excellent opportunity for him to work on his retirement fund.

Lucas has, during the course of his career, accumulated enough money to put him on the Forbes 400 list and gained him enough recognition to be a globally recognized public character. His efforts in reforming education may prove to expand and provide countless new opportunities for children in America as well as other, less fortunate countries.