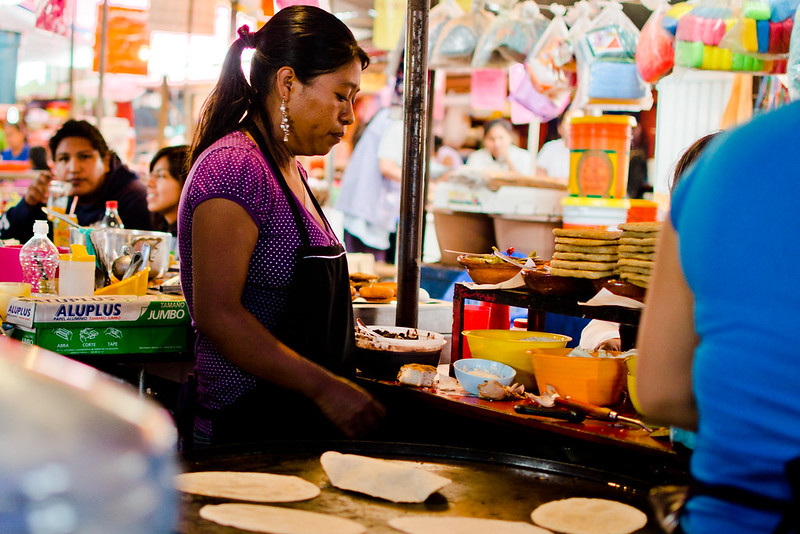 The wages men and women receive vary in most parts of the world. Mexico is a prime example of this; women in Mexico have significantly lower wages than men. Women’s protests have shed light on the inequity of the gender wage gap in Mexico, prompting government officials to work to protect their right to equal pay and employment access.

Tradition and the Economy

Across the globe, women on average are paid on average 20% less than men, even when they are working the same jobs. In Mexico, that gap is roughly 15.6%. Unequal pay creates significant impacts on the number of women who choose to work. Gender pay inequality also contributes to greater oppression of women in the workforce.

The culture of a given community contributes greatly to female labor force participation. Traditional Mexican culture promotes a patriarchal ideology where society expects women to be caretakers. It is because of this that most women take on domestic jobs, such as childcare or cleaning, which are often unpaid. Women also find themselves working in street markets, selling their home-grown produce to provide additional income to support their families.

The COVID-19 pandemic further exacerbated the economic conditions that the lack of female employment caused. The pandemic caused inflation in Mexico to rise to its highest point in 20 years. Having increased by 5% since 2020, Mexican households are having to pay more for necessities such as food and gas.

In Mexico, women compromise less than half of the total labor force. When women are paid 85 pesos per every 100 pesos made by working-class men for the same work, it seems more financially prudent for mothers to stay home rather than pay for childcare. To put this in perspective, in a given job, a man may earn $5.13 per hour, whereas a woman will earn $4.36 despite performing the same labor. This disproportion in wages has made it extremely difficult for women to become financially independent.

Women that do make it into the labor force also find more barriers to advancement than their male counterparts. Women in entry-level positions in industries such as retail do not obtain promotions as often as men do. Recent data that McKinsey and Company collected determined that only 8% of women receive promotions to higher positions within their given field. This inevitable glass ceiling hinders women’s ability for upward mobility.

Recent awareness on this topic has led to the development of federal programs that assist women wishing to progress in male-dominated industries. Now, more than ever, working-class women are being more aware of their rights to paid labor as well as the gender wage gap. Moreover, the Mexican Supreme Court is also promoting specific legislation that would protect women employees and ensure equal pay. In 2019, the Mexican government enacted the Social Protection Program. The International Labor Organization (ILO) funded the Social Protection Program which ensures that working-class women receive a minimum wage while also having access to benefits such as health care and pensions. This protection serves as an important stepping stone to ensuring women receive equal treatment in the workplace.

A recent survey that the firm ManpowerGroup conducted found that 64% of Mexican organizations are aiming to increase the number of women in positions that men traditionally held. One example is the Mexican Football Federation which has set strict salary constraints for female athletes. Before, men in the Mexican Football league made nearly 200 times more than women. The updated conditions ensure female athletes a wage equal to that of male players.

The gender wage gap in Mexico has been slowly decreasing over the past two decades. Increasing awareness of the inequality between working men and women is helping to shed light on the disparities in Mexican society. The actions of the government have inspired hope that Mexican legislation will continue to promote gender inclusivity in the workplace and reduce the pay gap.