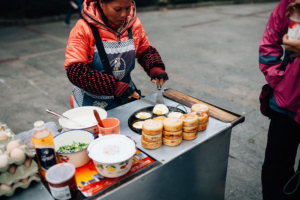 Globally, the gender wage gap prevents economic equity and independence for women or gender non-conforming people. In China, the world’s largest country by population, women still face inequality in the workforce despite significant steps to minimize gender division over the past century. Below are five things to know about the gender wage gap in China.

Despite the rapid economic growth and expansion of services in China, the wage gap has increased over the past decade. While many countries move nearer to parity, China ranks 106th in the World Economic Forum’s global gender gap ratings, falling more than 40 places since 2006. “From 2000 to the 2010s,” there was an estimated minimum increase in the wage gap of 150% or more, reflecting a significant drop in the gender gap ratings. In 2000, women’s earnings were approximately 84% of men’s, but by 2013, their average earnings dropped to 65% of men’s earnings. The widening wage gap signifies the glass ceiling women face in the workforce due to gender. It further signals the influence gender holds on economic potential.

Regional traditions and characteristics shape social and economic institutions, and in China, rural traditions have led to increased discrimination and fewer economic opportunities for women. Despite slogans such as “woman hold half the sky,” certain social dynamics and gender discrimination fail to create equality in wages. Traditional belief systems, such as those tied to Confucian ideology, have deeper roots in rural communities, reducing autonomy and economic independence for women. On the other hand, women have narrower wage gaps in urban areas and corporations than in rural regions; however, the wage gap and other discriminatory factors are still present.

While gender discrimination is illegal in China, reports indicate an increased presence of gender-based hiring biases. There are two scenarios of discrimination and wage gap issues in China. One scenario is pay disparity despite equal work. The other is limited access to opportunities. Even with necessary qualifications and credentials, women are less likely to enter positions in management compared to their male counterparts. Furthermore, discrimination toward pregnant women within the workplace is commonplace in Chinese companies, with consequences as extreme as being fired or replaced. Ultimately, these pressures force early returns to work for pregnant mothers and place women in general under greater scrutiny.

The lack of support for women and access to opportunities perpetuates the gender wage gap in China and limits opportunities to create women-led businesses in China. Without women in leading positions, male-dominated high salary positions become more challenging to obtain and increase the bias in favor of men. Even in applying for bank loans, women may face further scrutiny and challenges due to historical barriers that disproportionately affect them. The limitations on entrepreneurship ultimately favor men in business fields as women have restricted access to managerial positions and entrepreneurial opportunities.

In 1979, the Chinese government implemented the one child policy to control rapid population growth, allowing exceptions in rural communities. With the policy came increased discrimination against women. Mothers would choose abortion over keeping a daughter or send unwanted daughters to orphanages, resulting in the term “missing women” during this period. While the policy officially ended in 2015, the policy’s impact reflected a preference for sons over daughters and the essential nature of gender in Chinese society. This policy emphasized gender bias and resulted in a mix of reactions; some families who chose to keep daughters invested solely in them.

The widening gender wage gap in China reveals the gender-based biases and discriminations in workplaces; however, it provides the information to form pathways towards equity. To promote gender equality and work toward solutions in an inclusive economy, China partners with the United Nations Development Program and International Labor Organization to empower women in finding work and starting businesses. The All-China Women’s Federation supervises laws and regulations to prevent discriminatory practices to protect and ensure equal rights. While there are necessary steps needed to narrow the gender wage gap in China, the government and NGOs work to ensure equity in the largest country in the world.