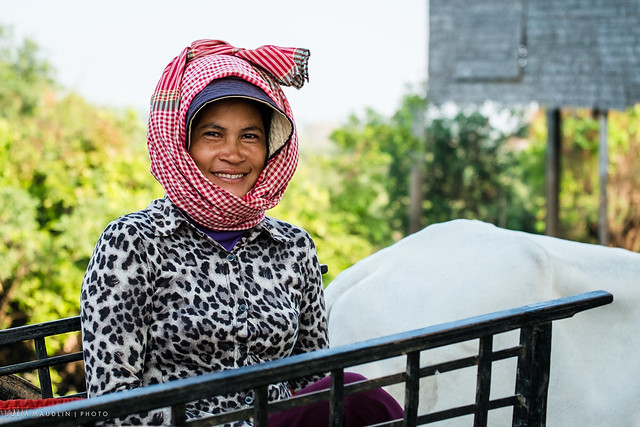 Gender equality is an important factor in determining the future of civil and social development in a country. However, gender norms and traditional roles in Southeast Asia, sustained by historical-cultural contexts such as religion and village class systems, create a preference for boys and a belief that motherhood is a woman’s primary role. This perception diminishes the skills of women, affecting the way they view their own capabilities and futures.

On average, women in the Southeast Asian region are 70 percent less likely than men to have a career. While it is difficult to assess the full economic standing of women in Southeast Asia, it is evident that countries with higher poverty rates experience greater barriers to gender equality.

Listed below are some of the ways countries at the forefront of gender equality are closing the gender gap in Southeast Asia.

According to the Asian Development Bank, most women in Southeast Asia earn between 30 and 40 percent less than men. In addition, the average percentage of workforce female participation in Asia is only 55 percent.

In contrast, Vietnam’s informal and formal workforce holds 80 percent of the country’s women. Influenced by the rise of working women during the Vietnam War, Vietnam’s current rate of participation is due to increasing numbers of self-employed women, especially as the manufacturing industry becomes more prominent than farming. For example, according to the Mekong Development Research Institute, new road development in the Mekong Delta has allowed more women to travel to work in nearby textile factories while their husbands stay in town to farm. As a result, women in the delta have gained equal standing and in some cases even higher pay, thus balancing power dynamics in the family unit.

In environments like this, women are even attaining more positions as executive officers. The Boston Consulting Group reported that 25 percent of CEOs in Vietnam are women. Vietnam boasts a 17.6 percent rate of female board members in a survey of 50 companies, compared to more developed countries like South Korea and Japan, which have some of the lowest rates of female board members.

With 13 million members throughout the country, the Vietnam Women’s Union is an organization that is closing the gender gap in Southeast Asia and implementing gender equality policies in the private sector. VWU has helped to increase the rate of female employment in Vietnam by collaborating with SNV to support activities under the Enhancing Opportunities for Women Enterprises (EOWE) project that assists women in both Vietnam and Kenya. By supporting small and medium enterprises led by women, one of the initiative’s key focus is to ensure 20,000 women in Vietnam gain greater business and workforce techniques by 2020.

The rates of female representation in Asia’s parliaments and political bodies differ from region to region. However, the Philippines boasts some of the highest numbers of female lawmakers. The WEF Global Gender Gap Report in 2018 listed the Philippines 13th place, out of 149 countries, based on its empowerment of women in politics. Female participation rates in Philippines politics is still relatively slow growing with an overall ratio of one woman to every two men holding top positions in government. Yet, in the Philippines Lower House, women occupied almost 30 percent of the seats in 2016 and overall, more than 40 percent of positions in civil service were filled by women. The growing push toward closing the gender gap in Southeast Asia through female representation in Philippine politics is attributed to some of the organizations that are mobilizing more Filipino women.

The Philippines’ future goal is to have more women engage in conversations about gender equality. The Philippine Commission on Women assists that goal by focusing on strengthening areas of women’s empowerment. One of its specific focus areas is the Women’s Priority Legislative Agenda, which creates thorough policies that stand before the government for consideration and also removes existing discriminatory laws that hinder the abilities of all Filipino women.

Since the 1970s, National Union of the Teaching Profession Malaysia has sustained the futures of teachers. With a total membership of 172,995, it has reached many Malaysians nationwide. Its different branches host member activities and local committees. A few of the union’s accomplishments have been establishing counselor positions in schools, extending maternity leave time from 60 days to 90 days and increasing the basic salary of teachers by 13 percent. These successes challenge the systemic problems around education and push the government to make necessary changes to support the nation’s educators.

Over the past two decades, several countries have already made progress in closing the gender gap in Southeast Asia through employment, politics and education. While female participation rates have increased in the region, improvement is still needed to ensure that equality policies are being created in all areas of Southeast Asian life and that opportunities are not withheld from women.

After all, continuing to uphold gender discrimination could result in worldwide economic loss. The OECD estimates a 7.5 percent loss of GDP. In addition, ADP found, via a simulation model, that closing the gender gap in Southeast Asia and across the world could contribute to a 30 percent increase per capita income of an average Asian economy in one generation and reduce poverty rates. Therefore, increasing women’s standing in the Southeast Asian region will also increase the region’s economic prosperity.

Poverty Among the Romani in AlbaniaMartin Luther King Jr. Quotes on Family
Scroll to top