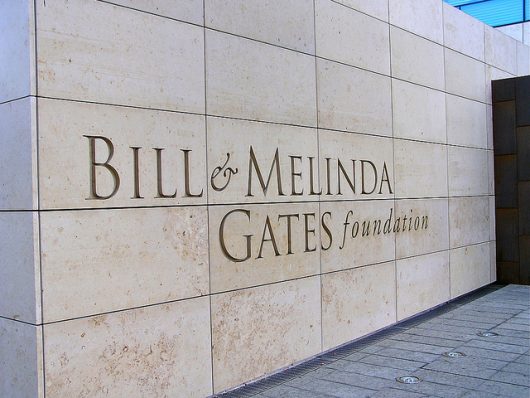 The Bill and Melinda Gates Foundation announced in May that it will donate $80 million to reduce the global gender data gap. This donation will contribute to meeting the United Nations Sustainable Development Goals by 2030. Current data collection standards do not adequately record women’s economic and social information in developing countries.

According to a press release by the organization, “a lack of comprehensive, current information about women and girls, especially in developing countries, hinders efforts to advance gender equality.” In order to achieve the health, educational and social proposals of the United Nations Sustainable Development Goals, world entities need access to accurate information about women everywhere. Closing the global gender data gap would provide that information.

The New York Times reports that standards for collecting data are gender-biased. These standards also fail to account for the complexity of women’s global situations. For example, many traditional surveys do not count female-led households in the same way as male-led households. They do not fairly count women who are homemakers or caretakers. Surveyors might end an interview after documenting “homemaker” as a woman’s primary activity, even if she has other economic occupations.

According to the same New York Times article, surveyors only collect about 30 percent of women’s economic activity. On the other hand, surveyors collect 75 percent of men’s activity. Statistics like this compelled the Bill and Melinda Gates Foundation to improve data collection methods. Entities such as the United Nations Foundation and the U. S. Department of State have also joined them.

The funding will support the creation of effective training techniques and improved tools for people who work with data. Tools like the Population Council’s Girl Roster Toolkit can provide those who collect and analyze data with holistic perspectives about issues girls suffer from globally and how they must properly document them. The Girl Roster also connects the world’s neediest young women with services in their areas.

In order to keep governments and politicians accountable to use the new and improved data, organizations like Avenir Health’s Track20 will help governments connect with women worldwide in order to give women access to family planning services.

The good news is that data gaps are already closing for women. According to the New York Times, the number of mothers dying during childbirth has dropped more than 40 percent worldwide. Similar statistics show much progress, but others show the need for more work to completely close the global gender data gap.

With the help of sponsors like the Bill and Melinda Gates Foundation and the work of data analysts and cooperative governments, the world can continue to give women everywhere the chances they need to live whole and happy lives.