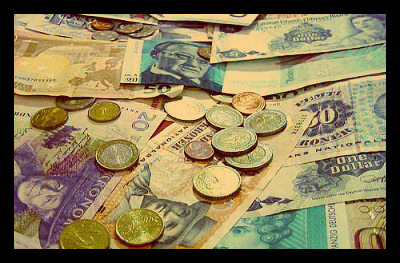 As Western countries temporarily ease economic sanctions on Iran, foreign investors are eager to invest in the troublesome country. Under the six-month placeholder deal, the United States and the European Union have agreed to suspend sanctions on Iran’s petrochemical exports as well as sanctions on gold and precious metals. Additionally, the U.S. has suspended sanctions on Iran’s auto industry and associated services.

While the softening of sanctions on Iran are intended to build trust and provide an opportunity to reach final agreement on Iran’s nuclear program, some Western businesses are racing to take advantage of any potential profits. For instance, a French Trade delegation of over 100 potential investors took a three-day trip to Iran. The delegation, sponsored by the employers’ association, Mouvement des Enterprises de France, was the largest European business delegation to Iran in over 30 years. France is merely following suite. Delegations from the Netherlands, Germany, Italy and South Korea have also ventured to Iran. Austria sent 10 delegates in December 2013.

This rush of activity has gone against American advice on the Iran deal to its allies. U.S. President Barack Obama has warned U.S. allies that premature trade deals can only weaken their collective economic leverage in future negotiations. Secretary of State John Kerry has made it clear that while countries may have sent business people they can in no way “contravene the sanctions,” while describing the behavior as “not helpful” for negotiations.

Backing up Kerry’s claim, the U.S. has already penalized nearly three-dozen companies spanning eight different countries that have violated the terms of the sanctions with Iran. These penalties include restrictions on doing business in the U.S. and seizure of any property under American jurisdiction.

While Washington has taken a tough verbal stance on foreign businesses, American companies have seem nearly as eager to engage in Iranian business. An American-Iranian business council hosted American companies as early as April 2013 in order to prep them on doing business in Iran once sanctions end. European diplomats have accused the Obama Administration of mixed signaling by condoning the business prep meeting.

Nonetheless, the drive by foreign corporations to visit Iran has prompted administration critics in the U.S. to speak out against the deal. The naysayers feel the agreement offers too much relief and lessens Iranian incentive to negotiate a permanent nuclear agreement.

As business continue to show interest in Iran after sanctions, the Obama Administration will hear continued criticism at home for the placeholder deal it negotiated with its allies and Iran in November 2013. Only time will tell if the U.S. can successfully maintain an advantageous bargaining position as it faces criticism at home and pressure to loosen restrictions abroad. The outcome of the Iranian nuclear negotiations have enormous consequences and will determine the course of regional security in the Middle East for years to come.