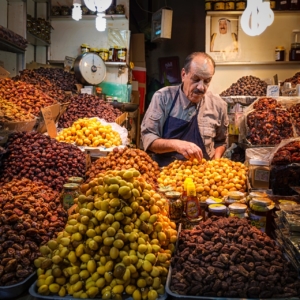 Located on the western edge of the Persian Gulf, Kuwait is a small Arab state comparable to the size of New Jersey. Nevertheless, Kuwait holds the sixth-largest oil reserve in the world. This has helped its citizens become among the wealthiest in the world. Kuwait has consistently ranked among the Arab world’s best for food security. However, its reliance on food imports, as well as having underdeveloped agriculture and fishing industries, could hinder its future. Here are five facts about food security in Kuwait.

Although fighting domestic poverty has long been a priority for Kuwait, the growing presence in foreign policy is exciting. Kuwait’s current work with the Food and Agriculture Organization (FAO) of the United Nations to combat hunger in Syria is just one example of this transition. In May 2019, Kuwait donated $3 million to the FAO, securing 200 kilograms of enhanced wheat seeds for 20,000 Syrian farmers and their families. Consequently, Kuwait has helped to bolster both agricultural production and food security in Syria. Kuwait’s involvement in eliminating poverty in Syria builds on its partnership with the FAO in Yemen, Somalia, South Sudan and Nigeria, where it has achieved similar success in improving food security.

As collaboration develops between nations to eliminate poverty, the ability to achieve other humanitarian goals will significantly increase as well.