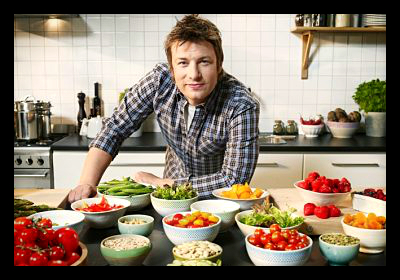 Food Revolution Day, launched May 15, 2015 by Chef Jamie Oliver, raises awareness about diet-related illnesses amongst today’s children and how food education and traditional cooking practices can restore them back to health.

Each day, we watch as the world continues to meld, becoming increasingly global at an unprecedented rate. Nations that have never before been connected are interacting regularly and people are searching for new ways to do things, different sights and new tastes. Not only is this opening the door to advances in global development, a world where everyone has enough to eat, it also has the potential to lead to the dismissal of traditional ways of life, especially as it relates to food, cooking and the cultural importance of food. As many nations begin to adopt what has been called the ‘Western diet’ (i.e. fast food, highly processed foods or foods that are high in fat, with little nutritional content), both malnutrition and obesity plague the health of many nations.

The generations of today are faced with some harrowing facts: we are the first to have shorter life spans than our parents and 42 million children under five are overweight or obese with dangerously high cholesterol levels. On the other hand, at least 11 percent of the global population is malnourished and half of all deaths occurring in children under five are due to diet related illnesses caused by poor nutrition.

So what do we do with this paradoxical situation where half of the world’s population is not getting enough to eat and the other half has too much? According to Chef Jamie Oliver, creator of Food Revolution Day, the only way to stave off malnutrition and obesity is through governmental policies designed to implement compulsory food education into classrooms in order to educate children on where their food comes from, obesity and healthy eating practices.

The Jamie Oliver Food Foundation said, “Food Revolution Day is an annual campaign, which uses the power of Jamie’s global voice to shout about important food issues, driving individuals and businesses to take part in impactful change and pushing governments to improve their food policies in support of better public health.”

Chef Jamie Oliver has long contributed to advancing food education in G20 countries (countries with the largest economies or growing economies), and he has gained the support of international personalities, like Usain Bolt, Kylie Minogue, Ed Sheeran, Matthew McCounaughey and Ryan Reynolds.

Food Revolution was inspired by a variety of food education programs throughout the world. It uses examples from Mexico, Brazil, Japan, England and other nations to demonstrate how the implementation of food education into school policies has changed eating habits and diet among children. For example, The School Food Plan created for schools in England places an emphasis on growing, eating and cooking nutritious food and ensuring children in schools receive adequate dietary provisions while learning.

While the daily hustle and bustle of modern life has greatly affected the number of families who are cooking for children, supporters of Food Revolution Day are calling on the global community to realize what it is doing to the health of children and the possible impact on future generations. Proper nutrition is a prerequisite for a lifetime of productivity and without it, millions continue to suffer. Movements such as Food Revolution Day call for change in the way we think about food and it advocates for mindful consumption. After all, the abundance that some partake in is not shared by all.

Those who are interested in joining The Food Revolution and supporting compulsory food education can sign the petition at change.org/JamieOliver