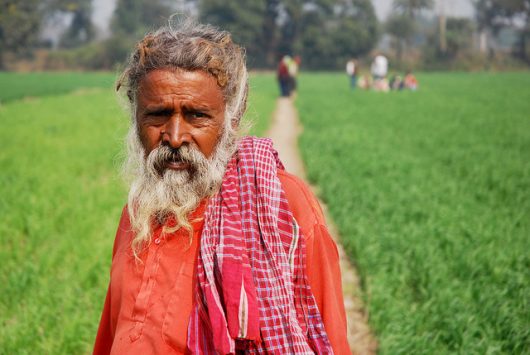 Farmers in the Nashik district of Maharashtra continue to strike, even after a majority desisted their protests once the government agreed to meet 70 percent of their demands. Those demands included a loan waiver and new legislation that would dissipate the neglect in rural areas. Poverty in India is widespread, and 30 percent of the agrarian population contributes to the 1.1 million people living on less than $1.25 a day.

Maharashtra is a state in Western India, where Mumbai is located. Strikers halted the food supply and the skyrocketing prices of goods were emphasized by protesters dumping milk and vegetables into the streets. Even after the government’s compromises, 52,000 acres of land may be taken to build a new highway without guaranteeing jobs for the farmers that it would affect, and stray protests remain. The Mumbai-Nagpur “superhighway” is only one unaddressed issue that has led government resentment to accumulate as much as the farmers’ debt.

India’s environmental policy, which limits pesticide use, has been increasing production prices steadily since the 1970s, and 3.2 million farmers have defaulted on bank loans. Credit delivery is one-fifth of the national average in the Northeast districts uninvolved in the current protests. Only 30 percent of usable farmland across India has irrigation systems in place. While the Maharashtra protesters demanded better cold storage chains and warehouses, they live in the second most populous state in the country. In Southern states, where there is little to no government infrastructure to aid farmers, the misery of rural agrarian areas has manifested as a painful statistic: the world’s highest suicide rates.

In short, poverty all across India is chronically tied to the poor treatment of the country’s farmers. The recent protests may not have solved the problem, but if the government can stay true to the promises they have made, it will be a significant step toward improvement.

Devendra Fadnavis, the Chief Minister of Maharashtra, has promised loan waivers by October for the farmers who do not benefit from the institutional credit system, and minimum support prices for agricultural products are being reexamined. A higher price will be set for milk by June, power bills will be subsidized, supply chain management revised and Fadnavis assured protesters that any criminal offenses against them will be dropped.

Maharashtra farmers will be anxiously awaiting the changes promised, and the world will be awaiting any similar political activism that will counter poverty in India through the voices of those rural people most affected.