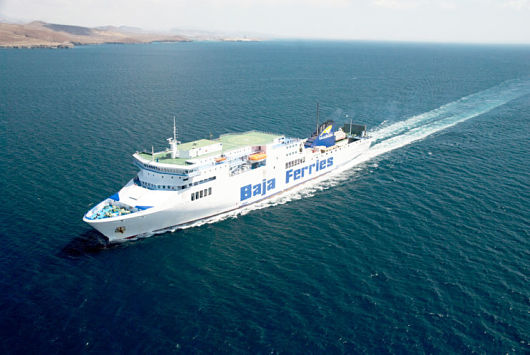 For the first time in half a century, diplomatic relations between Cuba and the U.S. are being restored. Ferry operators in Florida are quickly receiving the approved licenses to begin offering transit to and from Havana. It is estimated that as early as this coming fall, the once popular U.S. travel destination will no longer be off limits for tourists after more than half a century.

During this time, hundreds of thousands of Cubans have attempted to brave the 90-mile ocean journey between Cuba and Florida. In lieu of proper aquatic vessels, many of these migration attempts have been made on makeshift rafts and old converted cars.

Since the renewing diplomatic discussions, there has once again been a recent surge of Cubans attempting to make the voyage to the U.S. This past year alone, the U.S. Coast Guard detained almost 4,000 Cubans in the waters off the coast of Florida. In fact, during the past two years, the number of Cubans attempting the journey has doubled.

In 1991, when the Soviet Union collapsed, a severe economic downfall in Cuba happened. This resulted in hundreds of thousands fleeing the country and making the perilous sea journey. This influx of immigrants and detainees caused President Clinton to amend the Cuban Adjustment Act (CAA) in 1994.

The revisions effectively limited asylum to refugees who were not intercepted by the U.S. Coast Guard. Refugees who made it to dry land were allowed to stay; all others were detained and sent back to Cuba. This distinction became known as the “wet foot-dry foot” policy.

In 2013, Cuba altered its own travel policy, allowing Cubans to travel and work abroad for up to two years without losing their citizenship. While this policy provided leeway, it did not provide transportation due to the travel ban, and Cubans were also subject to the “wet foot-dry foot” policy in the U.S.

For a long time, hopeful refugees had been left with few options: brave the seas themselves in homemade water crafts or rely upon human smuggling networks who charge upwards of US$10,000. Since Cuba’s annual GDP is approximately US$6,000, the former option proved to be the most common. Cubans had to wait for months to save enough money to buy parts and to build their own makeshift water crafts.

Like migrants from many poor countries, Cubans have been fleeing their country in efforts to find economic opportunities and escape Communist oppression. Many also have been seeking to provide for their families who still reside in Cuba. These severe risks that come with the journey combined with the adverse conditions clearly state the desperation of Cuban citizens. These ferry services offered are symbolic of the new era of cooperation and could signal the end to a tragic side effect of the 50-year standoff.

Renewed relations between the two nations will provide Americans a chance to visit Cuba, but, more importantly, desperate Cubans will have the opportunity to provide for themselves and their families. One-way tickets will be starting at around US$150. The combination of the relatively inexpensive ticket price coupled with Cuba’s reformed travel policy provides desperate Cubans better chances of economic opportunity.