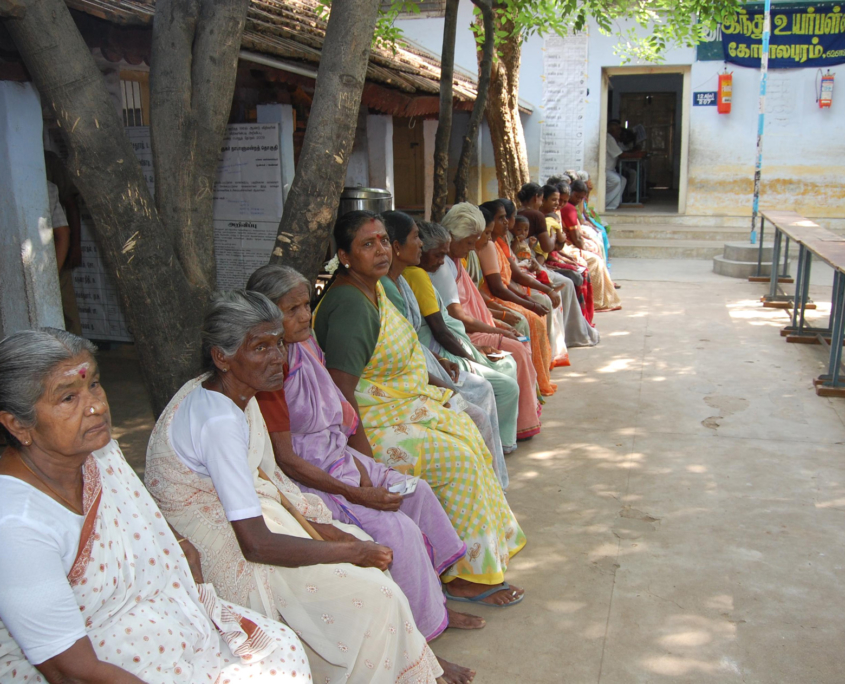 In 2020, Priya Periyasmy became the leader of her village council in Tamil Nadu, a South Indian state that 68 million people populated. Despite gender quota laws in village council elections, female leaders in India are the vast minority and women must fight to do their jobs in a hostile work environment. Additionally, women who run for office often face sexual harassment and slanderous attacks. Following Periyasmy’s brave example, 15 female village council leaders in Tamil Nadu state have filed complaints about discrimination in the past six months.

Periyasmy tolerated daily annoyances, with other council members not greeting her and asking her to sit on the floor during meetings. She initially ignored the discrimination, but the abuse she faced interfered with her ability to work. The panchayat vice-president regularly threatened her and once attacked her for sitting on a chair at work. Periyasmy went on strike and organized a sit-in protest with her husband. She and 15 other Dalit women in the same situation are demanding action under the SC/ST (Prevention of Atrocities) Act. Dalit female leaders in India face heightened discrimination. They belong to the lowest caste in India’s social hierarchy.

In another village in Tamil Nadu called Attupakan, V. Sasikumar quit his factory job to support his mother when she became the first female Dalit village council president. After other members stopped her from talking at meetings and hoisting the flag on Independence Day, she asked the Madras High Court to protect her family.

Sasikumar points out the daily wage earner status of his parents. After the struggle of getting into a leading position, his mother now faces discrimination. Other council members would not allow her to do her job. Still, she has the full support of her family.

India reserves half of each state’s village council posts for women, resulting in the election of 1 million female village councilors. However, proposals for similar legislation for state and federal elections exist for 20 years already. The bills did not pass yet. The bipartisan Girls LEAD Act challenges this, increasing global female participation in democracy, human rights and governance.

About 132 million girls between 6-17 years old are not enrolled in school and only 24% of all national parliamentarians are women, which are two highly connected problems. Women largely have underrepresentation in politics, allowing men to sway important decisions, many of which only women. Through U.S. foreign assistance initiatives, the Girls LEAD Act identifies and addresses barriers to female political participation, providing support for civil society organizations that women lead. The act ensures that each foreign organization engages girls under 18, introducing them to political leadership early.

Promoting girls’ education and political engagement will reduce violence against women and transform more societies into democracies. Women’s leadership supports democracy through cooperation between parties and the understanding of citizens’ needs. According to research, female inclusion in peace negotiations decreases corruption. Additionally, the likelihood of childhood marriage will decrease by 5% for each year of a girl’s continued secondary schooling.

Normalizing women’s leadership in politics will break the stigma and negative cultural attitudes behind it, which is the root of the bigotry that Periyasmy faces. Passing the Girls LEAD Act would protect marginalized politicians, including the 16 female leaders in India who actively fight discrimination.

The Process of Improving Bank Access in Afghanistan The Rwandan Genocide: Consequences and Yearly Remarks
Scroll to top