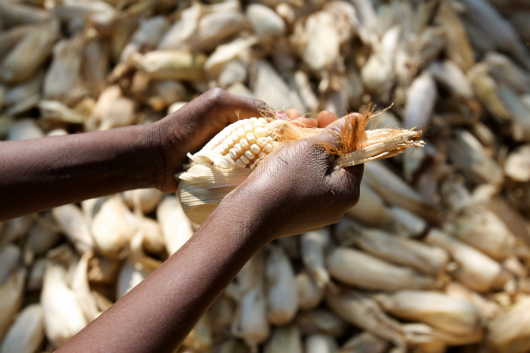 On May 28 of this year, the United Nations Food and Agriculture Organization signed an agreement with the World Union of Wholesale Markets designed to reduce food waste and improve food security for the world’s urban poor.

According to the FAO, about one third of food produced for human consumption each year is lost or wasted. It estimates that over 40% of root crops, fruits and vegetables are lost or wasted, along with 35% of fish, 30% of cereals and 20% of meat and dairy products. This figure tallies up to an estimated 1.3 billion tons of food with an economic value of $1 trillion. These losses are quickly becoming concentrated in cities, where over half of the world’s population lives. Moreover, this figure will increase by 2050, as two-thirds of the people on earth are expected to live in cities.

Getting food to the urban poor is a novel challenge. Many low-income families live in “food deserts,” areas where there is no easy access to food, much less fresh food.

According to Ms. Serova, this new agreement is as much about learning how to deal with the future as it is about handling the challenges of the present: “If close to 90 percent of the expected increase in the global urban population in the next two decades will take place in cities in Africa and Asia, it makes much sense to build solid knowledge on how to strengthen urban market systems.”

WUWM has agreed to work with the FAO to tackle these challenges with an eye toward sustainability and inclusiveness.

Donald Darnall, a member of the board of directors of WUWM, said, “Some 60 percent of wholesale markets we’ve surveyed said managing food waste was their number-one challenge for the next five years . . . Our markets are embracing ‘good practices’ to reduce waste and we see this as an opportunity to develop improved waste management strategies and share solutions.”

The two agencies hope to develop a set of better practices for wholesale markets in urban settings. The goal is a more efficient flow of information and a dramatic reduction in food waste and loss. The partnership also hopes to improve producers’ access to markets, make food handling safer and more consistent and eliminate urban food deserts.

WUWM is connected to wholesale marketers in 43 countries, giving it access to an enormous amount of data. With this much data and expertise at their disposal, the FAO and WUWM are well on their way to finding new methods of improving efficiency, ensuring better quality of produce and ultimately cutting waste.