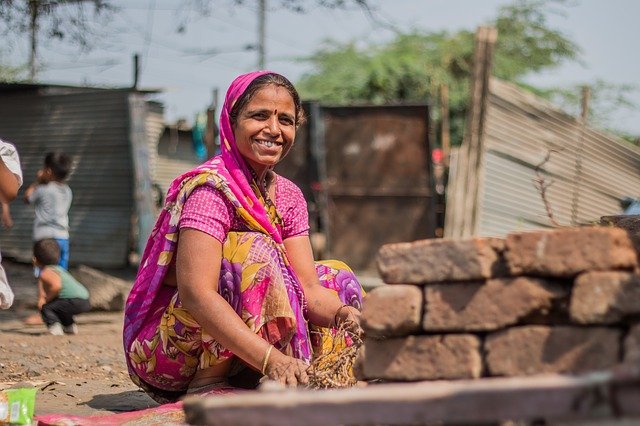 Several failed humanitarian efforts can be attributed to the fact that some programs developed with good intentions fail to take into account the local context in which they are implemented. Others are simply poorly executed. But, no matter the type of failure, failed humanitarian aid projects teach valuable lessons. If heeded, these lessons can ensure the success of future programs.

Unanswered Calls to a GBV Hotline in Kenya

Research shows that domestic violence affects 35% of women worldwide. Additionally, male partners are responsible for 38% of the murders of women.

Furthermore, gender-based violence across the globe perpetuates poverty. For example, violence and the fear of violence, affect the performance of girls and women in their educational pursuits as well as employment. It often results in girls dropping out of school and women leaving their jobs, thereby limiting their independence.

In 2015, NGOs like Mercy Corps and the International Rescue Committee implemented a toll-free hotline in Kenya. The hotline intended to make it easier to file reports of gender-based violence (GBV) and speed up criminal investigations and litigation.

Investigative reporting revealed that for parts of 2018, the gender violence hotline was out of order. When it was working, sometimes the experts manning the hotline were not escalating reports to the police. In addition, there were other staffing and technical issues. Also, several police officers were not aware that such a hotline existed.

In 2010, former U.S. secretary of state, Hillary Clinton, launched the Global Alliance for Clean Cookstoves initiative. The U.N. backed the $400 million initiative with the intention of reducing indoor air pollution in India.

Most of the clean cookstoves built were abandoned four years later, despite initial success. There are several reasons for the abandonment. Research found that the clean cookstoves required people to pay closer attention while cooking and necessitated longer cooking times. The stoves would also break down and then went unrepaired. Households also found it restrictive that the stoves could not be moved outside.

One in three people worldwide do not have access to improved sanitation and 15% of the world resort to open defecation. Lack of proper sanitation increases the risk of infectious diseases and diarrhoeal diseases. It is important to acknowledge that unsafe sanitation accounts for 5% of deaths in low-income countries.

On World Toilet Day in 2014, the Ministry of Devolution launched a program to construct 180 public toilets in the Kibera slum. The arm of government involved in construction built the toilets and sewer lines that would connect to the main sewage line. Local youth groups managed the restrooms. Water shortages and sewer lines in disrepair quickly decommissioned multiple toilets. The youth groups did not have the resources to address these issues so they then decided to rent out the restroom spaces for other purposes.

Focusing on the Lessons

These failed humanitarian aid projects were well-intentioned and there are key lessons to learn from each case.

The failed hotline in Kenya demonstrates the importance of program monitoring and investment follow-through. Efforts to foster awareness had little impact and staffing and technical issues went unaddressed.

The unused cookstoves in India show the importance of understanding the day-to-day needs of the people the program intends to help. The desire to cook outside while avoiding extended cooking times swayed people away from using the stoves.

The restrooms in Kenya lacked sufficient monitoring once handed over to youth groups. The youth groups also did not have the necessary support or resources to address the challenges that quickly became insurmountable financial obstacles for the groups.

By taking these lessons forward to new projects, people can leverage the understanding of failed humanitarian aid projects of the past as a way to promote future success.