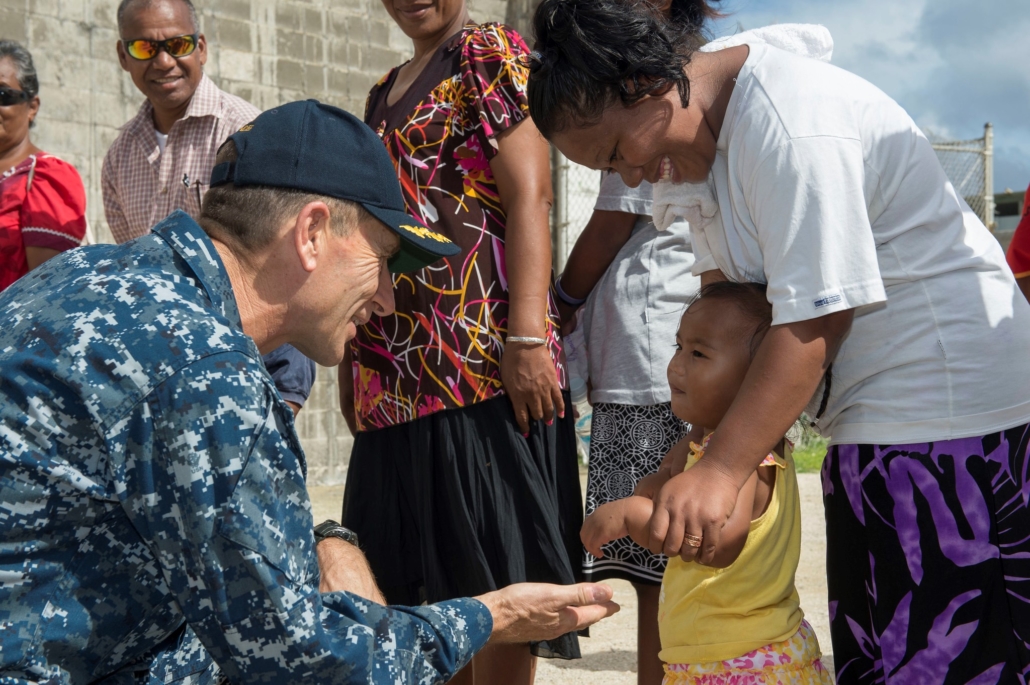 Poverty in the Marshall Islands is a major issue, with 30% of the population in the island’s two cities living below the basic-needs poverty line. With the threat of rising sea levels and the lack of quality healthcare, education and jobs, a third of the nation has migrated to the west in search of a better life. Here are some facts about poverty in the Marshall Islands.

Unemployment is rampant with a rate of 40%. There is a scarcity of younger workers (20-45 years old) due to this demographic leaving the islands for higher-paying jobs in the United States. The primary job sectors are fishing and agriculture, which made up three-fourths of the labor force in 1958. This has changed drastically to 21% in recent years. This reliance on overseas imports is one of the main factors of poverty in the Marshall Islands.

COFA emerged in response to nuclear weapons tests during the post-World War II period from 1946 to 1958, testing 67 nuclear bombs on these Pacific Islands and atolls. The treaty serves as reparations for the loss of lives, resources, forced migration and land destroyed during the times of the nuclear testing. As a result of these tests, a number of islands–like the famous Bikini Atoll of the Marshall Islands–are uninhabitable due to the high levels of radiation still prevalent to this day.

The insufficiency in healthcare is another pervasive issue on the islands, specifically in the outer islands where poverty in the Marshall Islands is high. Many citizens have to leave the Marshall Islands to receive treatment due to the limited healthcare facilities and programs in place. These off-island referrals are costly, further depleting government finances.

PBS interviewed Isaac Marty–a Marshallese journalist who shared how his wife was not able to get proper treatment for her chronic anxiety and depression. Marty claimed that there is a shortage of qualified medical professionals living on the Marshall Islands, and oftentimes citizens receive medication that is inadequate for their ailments.

Additionally, many Marshallese children are malnourished due to reliance on highly processed imported foods. This has led to a high percentage of diseases such as diabetes, high blood pressure, obesity and gout. With a lack of exports and locally grown food, the country continues to rely on unhealthy and cheap imported foods–widening the deficit and increasing poverty in the Marshall Islands.

In recent years, environmental changes have permeated the globe, but the Marshall Islands specifically has had to bear the brunt of these adverse weather changes. Many have found that small island states, specifically in the Pacific, are the most prone to the variability in sea-level rises. The incremental increase could gradually rise by one to four feet–to the potential cessation of some island states by 2050.

Droughts are a persisting issue with 92% of households indicating that one had affected them. During droughts, household members become dehydrated and sick because their only source of water is salty well water. When water reserves are down, those who cannot afford to buy clean water have to beg.

The ADB has worked together with Australia and the Marshall Islands to form the Ebeye Water Supply and Sanitation Project. This project sets out to improve freshwater systems and has done so with success. A new desalination plant implemented in 2017 has increased people’s access to safe, reliable water. The incidence of waterborne disease, particularly gastroenteritis, has decreased, and water supply and sewerage networks have expanded to an additional 300 households.

These facts about poverty in the Marshall Islands indicates that in its fight against poverty, the Marshall Islands has to first tackle the issue of improving various internal sectors, lessening its dependency on others, while increasing the country’s GDP. By working with natural resources abundant to the country, as well as implementing governmental programs, there can be significant changes in healthcare, quality of education and the economy, as well as improved climate provisions. This would further pull the population out of poverty in the Marshall Islands and increase the island’s viability.