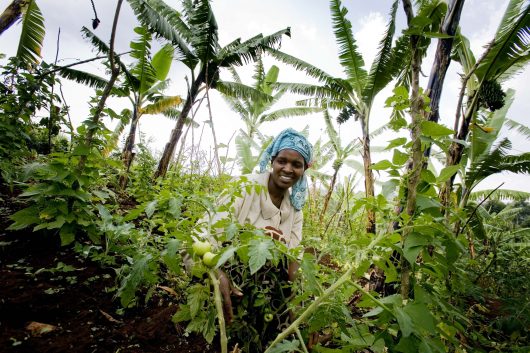 In a recent TED talk, Arthur Brooks, president of the conservative think tank, the American Enterprise Institute, discussed the need for ideology to be put aside when assisting those in destitution.

Originally from Seattle, Brooks dropped out of college early in his life to become a professional French horn player. His curiosity about a 1970’s National Geographic cover led him to research the fight against poverty.

He found that “there’s been an 80 percent decline in the world’s worst poverty,” which can be defined as those living on less than a $1.25 a day. Brooks attributes the improvement of 2 billion lives to the economic power provided by the capitalist system, a “policy” that both conservatives and liberals can get behind.

In his presentation, he highlighted five main reasons why capitalism provides the best environment for growth and prosperity: globalization, free trade, property rights, rule of law and entrepreneurship. All of these aspects of a free market emphasize economic freedom in the lives of the people who live under it.

“Capitalism is not just about accumulation,” he said during his talk. “At its best, it’s about aspiration.” Most important of all, economic freedom is something that both parties can get behind and support. It was, after all, President Obama who uttered the conservative’s favorite quote: “Free markets have created more wealth than any system in history. They have lifted billions out of poverty.”

While studies have shown that liberals and conservatives focus on different political topics, their affinity for free markets should still unite them against poverty and for freedom. Psychologists have identified a phenomenon called “political motive asymmetry” where individuals think their ideology is motivated by love and the opposite is motivated by hate.

Evidence provided by a U.N. study and a Fraser Institute study indicates that poverty decreases when economic freedom increases. More specifically, the U.N. report highlighted a 25 percent decrease in the number of people in extreme poverty between 1981 and 2005. At the same time, the Fraser Institute reported a 29 percent increase in economic freedom from 1980 to 2013.

Brooks continued his speech by challenging both liberals and conservatives to embrace arguments that they might typically be opposed to hearing. “I’m asking you and I’m asking me to be the person specifically who blurs the lines, who is ambiguous, who is hard to classify,” he says. Ending the divisiveness of the party system is only possible with divergent ideological thinking.

The current political environment in the U.S. can often limit the government’s ability to fight global poverty. Bipartisanship means compromise. In order to assist millions of those in extreme poverty, the mobilization of relief must come from both sides with productive dialogue and a collaborative attitude.