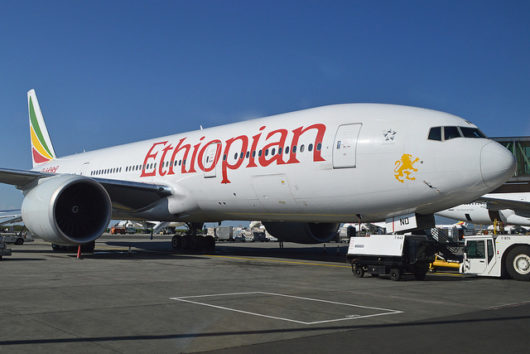 At the 2018 Arabian Travel Awards, Ethiopian Airlines was voted as the “Best African Airline,” a recognition of the carrier’s impressive expansion into new markets over the past decade.

To fuel its growth and Ethiopia’s booming tourism industry, Ethiopian Airlines plans to build a new airport with an annual capacity of 80 million passengers. In addition to connecting Ethiopia to foreign investors and multinational companies, the airline has engaged with impoverished Ethiopians directly by funneling their profits into charitable causes.

In the article below six things to know about Ethiopian Airlines and its impact on economic development in Ethiopia are explained.

Rapid, sustained growth is in the Ethiopian Airlines’s horizon. In May 2018, Ethiopian Airlines accelerated its expansion plans, confirming that it will order 13 additional Boeing 787s and six Airbus A350s. According to the Brookings Institution, the company plans to invest in start-up airlines across Africa.

It bought a minority stake in Malawi Airlines in 2013 and helped relaunch Zambia Airways in January 2018. Looking forward, Ethiopian Airlines plans to jumpstart national carriers in Chad, Djibouti, Equatorial Guinea and Guinea, signaling its desire to connect not only Ethiopia but the whole African continent to the global economy.