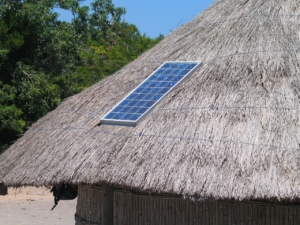 Engineers Without Borders (EWB) is a foundation that partners with poor communities to help provide them with basic human needs. Its mission is to build a better world with engineering projects that will help solve the world’s most urgent problems. It builds to save lives.

Many people are without a home in poverty-ridden countries, often living without so much as clean water or electricity. Due to environmental disasters, forced refugees and internally displaced people, many must roam the streets. Back in 2015, estimates determined that there were 100 million people facing homelessness. The need for durable and permanent refugee camps and homes is more pressing than ever. This is where EWB-USA saves the day. It addresses the challenges in engineering associated with “transitioning emergency infrastructure to more permanent systems,” which helps boost host communities who take refugees in.

Engineers Without Borders often takes on villages’ needs for bridges to aid in safer and easier travel. It found that one Guatemalan village had to walk three hours on dangerous mountain roads just to reach the capital. Access to capitals or bigger towns can be dire as they encapsulate hospitals, schools, markets and so forth. So, the Engineers Without Borders project team and volunteers decided to create bridges for these communities. The foundation takes up to several weeks to construct these bridges to make sure they are sturdy, safe and dependable for these villagers.

Engineers Without Borders also discovered the need for schools. It found out that a native Guatemalan girl had biked over an hour to reach her school. As a result, the foundation started building schools and improving the schools’ infrastructures, making them safe and durable. It has brought education to places like Guatemala, Lat Cantun II, Santa Eulalia and more.

Electricity is a luxury that not many homeless or poor people get. However, it is a necessity for the safety and well-being of many people. This is why EWB-USA not only makes solar panels for villages in need but also introduces and installs them. The solar panels bring hot water, better food storage, increased phone access and light to homes and schools alike. Engineers Without Borders also installs solar street lights to help keep the residents and refugees safe.

University students in EWB-USA even built a solar charging station for villages. These stations could be used by all, specifically to charge phones. It found that cell phones were extremely important for youths to apply for jobs, apply for housing and communicate with friends and family.

Engineers Without Borders helps bring electricity to these areas by partnering with foundations like IKEA and UNHRC. Its partnerships have been a key way to faster and more efficient help for these communities. Currently, Engineers Without Borders is working on over 55 projects located in more than 20 states and two territories, trying to make a difference.

Clean water is yet another widely inaccessible luxury in many poverty-stricken countries. In Uganda alone, over 23 million people must walk over 30 minutes a day to get water that is often contaminated, bringing disease and even death. Engineers Without Borders saw how water brings life and found creative ways of providing clean water for villages. The foundation has dug and repaired wells, built rainwater catchment systems and constructed water filters. Additionally, it has built gravity-based water supply systems in phases for those in the mountains.

In Cyanika, Rwanda, the villagers benefited from one of the Engineers Without Borders’ creative rainwater catchment systems that consisted of two single tank systems. It allows the villagers to save time as well as their lives. One villager even sent a letter of thanks, expressing their gratitude as it bettered many lives, health and well-being of all the villagers.

Engineers Without Borders continues to fight to provide people their basic rights and needs. It continues to live up to its mission of building to save lives through the power of engineering. For more information about this organization, check out its website.