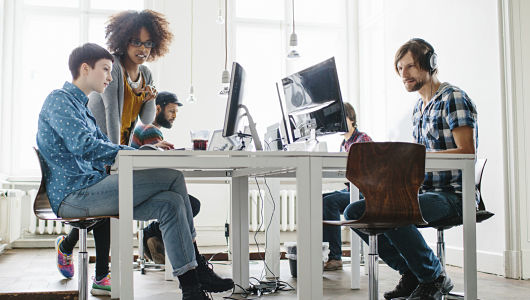 By the end of the year, the Millennial generation is projected to outgrow the Baby Boomer generation in the U.S., being predicted to grow to 75.3 million. Their large numbers will become crucial to helping end extreme poverty by 2030.

Even with this upward progression, over 1 billion people worldwide suffer from extreme poverty, living on less than $1.25 per day. To make steps toward ending extreme poverty by 2030, 188 countries agreed to the UN’s goals at the World Bank Meetings in 2013.

If Millennials around the world connect themselves through social media and other events, this goal will become possible. As the first generation to have full access to technology at a young age, Millennials can spark a conversation and voice their concerns via social media.

While social media is beneficial in the fight to eradicate extreme poverty, events and festivals are taking place around the country to get the generation involved in the project.

On April 10, 2014, Global Citizen partnered with the World Bank Youth Network to host End Poverty 2030: Millennials take on the challenge in Washington, D.C. The event focused on the important role Millennials play in the fight to stop extreme poverty, even featuring a short film created by award-winning film writer and director Richard Curtis.

Over 1,000 people, including Secretary General of the United Nations Ban Ki-moon, attended the event while thousands more watched the event online. During the event, Ki-moon had a few encouraging words for the generation.

“I know that your generation can break this vicious cycle of extreme poverty, and I count on your strong engagement,” Ki-moon said.

More awareness for extreme poverty can be found at the Global Citizens Festival on Sept. 26 in Central Park. The music festival will include superstars Pearl Jam, Beyoncé, Coldplay and Ed Sheeran, with more to be announced on the festival’s website.

This year in order to buy a ticket, potential buyers are encouraged to complete the Eight Global Steps before entering their name into a raffle system. Some of these steps include tweeting the UN’s Global Goals or signing a petition to bring awareness to the Global Food Security Act.

Since the festival’s inception in 2011, $1.3 billion has been raised to support extreme poverty.

As festivals and events continue to be organized and geared towards Millennials, there is hope to end extreme poverty by 2030.