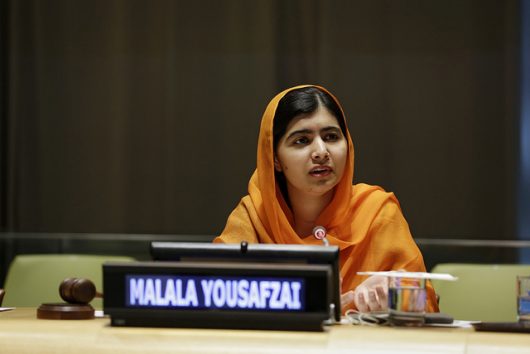 The United Nations has partnered with the European Union to create a program called Spotlight Initiative to end violence against women. Spotlight Initiative has received €500 million from the EU, an amount that U.N. Secretary-General António Guterres referred to as “unprecedented in scale.” The program is part of the U.N.’s 2030 Agenda for Sustainable Development, which pursues 17 facets of global development, including the elimination of global poverty and hunger.

The Spotlight Initiative’s main focus is on ending domestic violence, sexual violence, femicide, female circumcision, child and forced marriage, human trafficking and the exploitation of women. These problems are widespread throughout the world. 35 percent of women worldwide have experienced domestic and/or sexual abuse. 700 million women have undergone child marriage and 200 million have experienced genital mutilation. These acts come at a tremendous cost to the physical and mental well-being of women.

Violence against women also comes at a great cost to society at large. When societies suppress women with acts of violence and both institutional and de jure inequalities, they are deprived of the many contributions women bring to the world. Women’s contributions are so valuable that McKinsey Global Institute found that the world economy would be $12 trillion richer if every nation moved towards gender equality at a rate equal to its fastest-improving neighbor. Ending violence against women is not just in the best interest of humanity, it is also crucial for advancing global development.

Ending violence against women is a highly ambitious goal, but this is not the first time that the EU and the U.N. have made efforts to end forms of gender violence. The U.N. manages the Trust Fund to End Violence Against Women, which has granted $116 million to 426 initiatives across the globe. The EU has been working with UNICEF and UNFPA to end female circumcision and child marriage in 16 African countries. Their efforts have put Senegal on track to become the first nation to completely abandon female genital mutilation, and Egypt and Sudan are seeing significant improvements as well.

The U.N. has touched on a few core areas of action for the Spotlight Initiative to end violence against women. In order to create long-term, sustainable developments in equality for women, social and political mobilization is essential, according to the U.N. When women are more politically active, nations are more likely to pass laws protecting the rights of women. Educational programs, community-organized events and awareness campaigns are also needed to shift cultural norms surrounding violence against women. Policies directed at empowering the financial independence of women will be significant in enabling women to leave physically and sexually abusive relationships as well.

Though the issue of ending violence against women is a daunting one, the amount of funding the Spotlight Initiative has drawn in and the wide scope of the initiative brings hope that the world will see major advancements in the global rights of women by 2030.