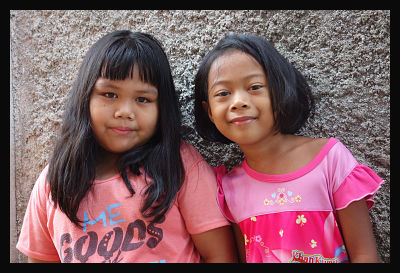 The subject matter is not science or history, but human empathy. The class is conducted by an adult teacher who is assisted by a young infant.  The teacher helps the students process the growth of the child, among other experiences, in order to establish a greater sense and understanding of empathy.

Children between the ages five and twelve are taking classes on empathy. The first program started in Canada in 1996 with a mission “to build caring, peaceful and civil societies through the development of empathy in children and adults.” Founder and educator Mary Gordon is the brainchild of the program.

The classes have proven to result in increased emotional intelligence, understanding and direct empathy toward classmates. This has resulted in securing foundations against bullying, discrimination and aggression that is commonly found in schools today.

The goal of the program is to increase human empathy. The classes serve as a unique personal journey for each student. Many students may not have stable lives at home so being given the chance to speak their minds, understand their feelings and empathize with their classmates consequently establishes real human connections.

For eighteen years the program has been extremely successful. It has spread across the world from North America to New Zealand and Ireland.

Comparative research has shown that the program has positive effects on bullying, neuroscience, acts of kindness and cognitive skills within the children. Almost 80 percent of Roots of Empathy students worldwide have ‘increased peer acceptance.’ According to the Healthcare Quarterly these effects last up to three years after the student has been enrolled in the program.

Scotland is the first country to provide Roots for Empathy in every council. This has become a phenomenon that has drastically increased empathy and decreased aggression in Scotland’s youth.

During Roots of Empathy one of the major themes is ‘love grows brains.’ Students are actively taught to think about why a baby in the classroom would be crying, or why someone would feel a certain way. Rather than ignore these feelings they are taught to process them, talk about them and release them in a loving manner.

The students incorporate neuroscience into their studies as they watch a child grow from two to four months old at the start of their school year. This is so the children can watch a child grow at their greatest learning period of a person’s lifespan.

Focusing on empathy has proven to reduce bullying, increase cognitive skills and the ability to understand others feelings in order to create a more cohesive world.