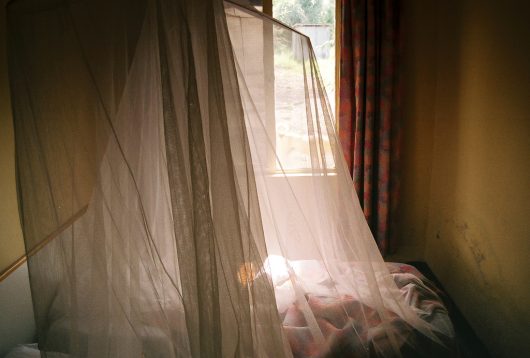 Malaria is a parasitic condition that is contracted primarily through the bite of an infectious Anopheles mosquito. Currently, sub-Saharan Africa suffers from the greatest disease burden of malaria as a consequence of widespread poverty and poor living conditions.

Malaria has serious social and economic implications. It is estimated that each year, Africa incurs a health care cost of $12 billion as a result of malaria. This cost imposes a significant strain on the continent’s financial resources. It also forces compromises to be made in other aspects such as a provision of schooling facilities and treatment of debilitating infections.

The elimination of malaria has always been an important but elusive objective of the global health care movement. Despite years of investment in research, no vaccine is currently available that offers complete protection against malaria. According to the World Health Organization, efforts are being focused on developing a clinically efficacious vaccine that protects against the most serious variant of malaria that is caused by the parasite Plasmodium falciparum.

Recently, the Bill and Melinda Gates Foundation, a humanitarian organization aimed at improving lives of the poor, has declared an ambitious objective: to eliminate malaria by the year 2040. The organization aims to achieve this goal through increased involvement of world leaders in the process of ending malaria. The foundation also aspires to involve countries afflicted with malaria in the movement by encouraging them to implement local strategies to tackle malaria.

The motive behind the movement is simply the fact that if malaria is not eliminated completely, countries could be tirelessly working toward the development of new vaccines, medications and prevention strategies to contain the spread of cases. This is not an economically viable solution for controlling malaria transmission — it represents a drain on valuable health care resources that can be used for the treatment of other life-threatening conditions such as cancer.

Increasing drug resistance of the organisms involved in the causation of malaria has limited the effectiveness of strategies targeted at the elimination of malaria. Currently, in Seattle, several research projects are experimenting with novel methods such as genetic modification to eliminate malaria.

With approximately 3.2 billion individuals globally estimated to be at risk of malaria, it is essential to control the spread of this disease. Malaria tends to be concentrated in regions of poverty, further exacerbating standards of living. As a result of the increasing connectivity of the world and the ease of access to different countries, travel has further increased the risk of spread of malaria to countries that are not typically affected by the condition.

The elimination of malaria by 2040 is a glorious yet difficult objective to achieve. Implementing pragmatic measures over the next few decades such as increasing awareness about malaria, improving sanitation and hygiene in poor countries, and prevention campaigns can bring us one step closer to the complete eradication of malaria.