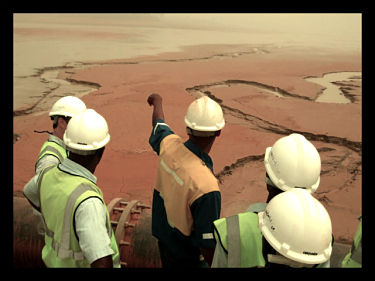 The G8 Summit in Northern Ireland on June 17 focused heavily on transparency and trade and brought the EITI — the Extractive Industries Transparency Initiative — into the spotlight. Immediately after the G8 Summit, it was announced that Italy and Germany would be implementing and piloting EITI, respectively, a step forward towards increased transparency for extractive industries worldwide.

Transparency for extractive industries is particularly necessary for developing countries that suffer from what is known as the resource curse– the trend for countries with high amounts of natural resources to be low in development. The resource curse is often perpetuated by irresponsible extraction processes that disrupt life in the host country and negatively impact its economy.

EITI, an initiative first introduced in 2002 by UK Prime Minister Tony Blair, focuses on transparency in the extraction industries — mining and logging being the largest ones worldwide — so as to address at least one element in the “resource curse”: the countries from which the extraction companies originate. While the initial implementation of EITI standards between 2002 and 2005 was aimed at voluntarily committing companies, by 2005 EITI standards took the form of “a disclosure standard implemented by countries.”

Stakeholders in EITI include over 70 of the world’s largest oil, gas, and mining companies, including Britain’s BP, America’s Chevron, Britain and Australia’s Rio Tinto, and Brazil’s Vale. The transparency standards include improved payment and revenue reporting on the parts of both company and host country. It aims to answer the questions, “How much are governments receiving?” and “Where does this money go?”

The G8’s commitment to and support for the EITI shows a continued dedication to improving transparency worldwide and addressing the resource curse. While EITI still faces obstacles such as ensuring members procure timely reports and that these reports are not so delayed as to prove entirely unhelpful. At present, 23 countries are considered EITI Compliant, and 16 have status as EITI Candidates including the recent additions of the Philippines and Honduras.