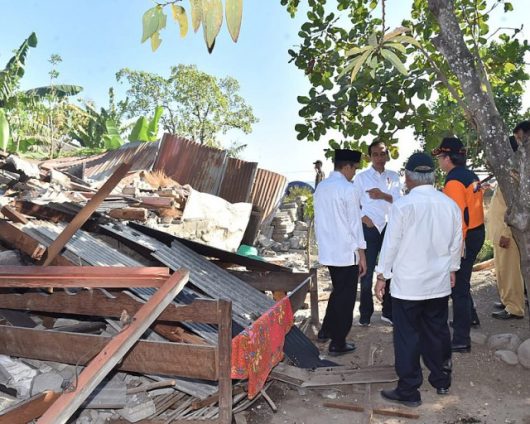 On August 5, 2018, in Loloan, Indonesia, a 6.9 magnitude earthquake rocked the Indonesia archipelago. According to initial reports, the quake was more than nineteen miles deep. At least 91 people were killed, more than 200 were injured and countless more were missing. Thousands have been displaced, living in makeshift camps and temporary shelters. The effects of the Indonesian earthquake are extensive and will further hamper the nation’s ability to alleviate its problems relating to poverty.

A Brief History of Indonesia

Indonesia began working towards its independence in 1945 after the end of World War Two. However, its independence wasn’t formally recognized until 1949 (Indonesia had been a colony of the Netherlands). Later, in 1968, Indonesia experienced an internal revolution when a pro-United States government was established.

Indonesia’s economy was hit the hardest during the 1997 Asian market financial crisis. This was, in part, due to the extensiveness of Indonesia in foreign trade; Indonesia regularly traded (and continues to do so) with The United States, China, Japan, Australia, and Europe.

in recent years, Indonesia has made significant improvements in its economy and its battle with poverty, cutting its poverty level in half over the last twenty years. While this is impressive and should not be easily dismissed, it is not as positive as it sounds. In a country with over 250 million residents, about 28 million still live at or below the poverty line. Job creation, lack of basic services, and a high mortality rate for newborns still affect the largest economy in Southeast Asia.

The 2004 earthquake and tsunami had a greater impact on Indonesian than all the Pacific nations affected by that horrific natural disaster. More than 200,000 Indonesians lost their lives. This cycle of natural disaster and devastation is not new to this area. But this time, the international response had been slightly improved.

The government, with the help of the Multi Donor Fund for Aceh and Nias (MDF), concentrated its efforts on rebuilding infrastructure in Indonesia, so the basic essential resources can be accessed. It also worked to repair or rebuild roads to hospitals and schools so they could continue in their duties of caring for and educating the populace.

Unfortunately, this 2018 earthquake will only slow the efforts made by Indonesia at eliminating its poverty-related problems. In order to lessen the effects of the Indonesian earthquake, The United States (along with its allies and other developed nations) should partner with international agencies and nongovernmental organizations in sending international aid and resources to Indonesia, specifically the areas where the earthquake had the highest impact.

The leading nations of our planet could help Indonesia recover from this terrible event, by investing in up-to-date infrastructure and detection equipment. The international community could also rebuild hospitals and schools with the most up-to-date technology, services and equipment.

History shows us that this is an earthquake-prone area of the South Pacific, and measures need to be taken immediately in order to limit the impact of the next natural disaster that impacts this area. The international community could use this unfortunate opportunity to help eradicate poverty in the Indonesian archipelago once and for all. Now is the time to act.