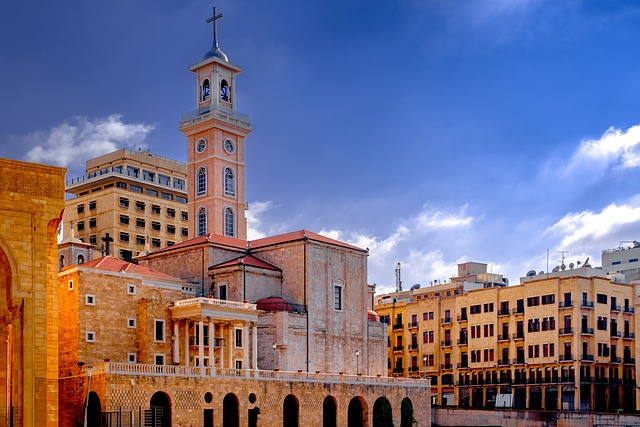 For years, Lebanon has been a great place to go to school. In math and science education, the country of Lebanon ranks fourth in the world, according to the World Economic Forum. The explosion that occurred on August 4th, 2020, however, destroyed about 120 public and private schools in Beirut. The obstruction of schools will inevitably result in the obstruction of the Lebanese right to education and upwards movement in society. This article analyzes the blast’s effect on education, and how a lack of education resources in Beirut may lead to further concerns of poverty.

A lethal blast occurred at the Port of Beirut in Lebanon in early August. The explosion killed at least 200 people, according to the BBC, and injured around 5,000. It began as what seemed to be a warehouse fire, but it soon evolved into a catastrophic, supersonic blast that penetrated a large portion of the city. Before the explosion, Lebanon was already in an economic crisis. Nearly half of the population (45%) lives under the poverty line; the explosion has only worsened this number. Beirut’s governor stated that the financial damage to the city is $10-15 billion. The tragedy’s effect on education is a pervasive concern.

How Schools Are Impacted

Beirut was the education, publishing, and cultural capital of Lebanon, as asserted by Al-Fanar Media. With its well-known universities, Beirut was a place for locals and tourists alike to admire. The destruction to the city, though, is causing a major halt to the flourishing academic hub. The damages done to these universities amount to millions of dollars, according to the media advisor at the Lebanese Ministry of Education and Higher Education, Albert Chamoun.

Lebanon’s only public university, Lebanese University, has seen the worst damage out of all of Beirut’s universities. Given the financial status of Lebanon before the blast, the tragedy has only worsened the state of the university. Permanent closures may cost faculty their jobs, thus threatening them with potential poverty. Moreover, Collège du Sacré Coeur-Frères, or the Sacred Hear-Brothers College, founded in 1894, is another school affected by the blast. Considering that the school had 1,300 students enrolled, the destruction of the building hinders students’ ability to go back to school anytime soon, leaving them at home. The effects on education extend to faculty, students, and students’ families.

In a country already riddled with poverty, “Lack of access to education is a major predictor of passing poverty from one generation to the next”. Schools and universities, like Lebanese University, are oftentimes young people’s only hope in moving up socioeconomically. Attaining literacy and numeracy skills greatly aids a young person’s ability to get a job in the future. Coupling this with the COVID-19 pandemic, online-learning is also not accessible for all students; many depend on in-person teaching simply because they do not have access to technology nor the internet while at home. The blast only furthered this technology gap, resulting in worse poverty for those involved in the tragic event.

According to Governer Marwan Abboud, about 300,000 people are currently without a home in Beirut. Without the reconstruction of schools, Lebanese children and young people face the lifelong threat of remaining in poverty. Therefore, the blast’s lasting effect on education directly relates to its’ effect on poverty levels in Lebanon.

The tragedy that occurred in Beirut is one that will permeate throughout the country for years to come. The effect on education is just one consequence of the deadly blast. Luckily, there are fundraisers and other efforts in place to help those affected by the Beirut blast, many of which involve education. Linked here is a GoFundMe to raise money for computers for students at Sacred Heart-Brothers College that do not have access to technology at home. In addition, UNICEF is helping reconstruct the damaged buildings in Beirut and aid Lebanese people across the country. They have delivered close to 20 shipments of PPE, nutrition supplies, and other hygiene necessities. They have also provided psycho-social first aid to children affected, along with caregivers that offer health referrals and counseling.

The Director-General of the United Nations Educational, Scientific, and Cultural Organization (UNESCO) has proposed a fundraising appeal called Li Beirut, or “For Beirut.” The purpose of this fundraising is to reconstruct schools and museums that were affected by the blast. This proposal has the potential to help many children and adolescence retain their right to education and to move up in their economic class.