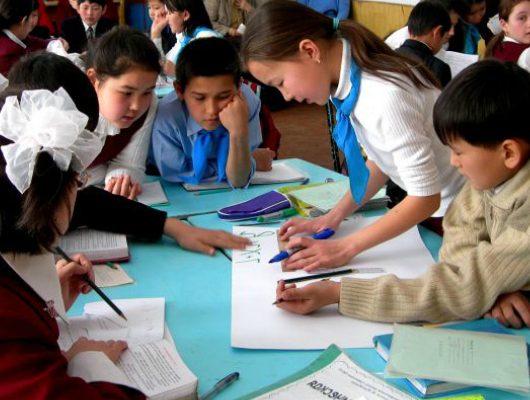 Elementary school is a time that is remembered by new backpacks and the smell of fresh pencils and erasers. Small children proudly sport new outfits and seek out new friends in various classes.

This is the idealized picture of what a small proportion of the world’s children is able to enjoy. In war-torn developing countries, though, elementary schools look very different.

A recent article from The Guardian found that “Almost 50 million children and young people living in conflict areas are out of school, more than half of them primary age, and reports of attacks on education are rising.”

Multiple studies done over the years have found that when it comes to war, education is one of the first casualties. War and other such conflicts cause damage to buildings, displaced families, necessary certificates to be lost, and a change in priorities.

While this is often the case, new programs are springing up that provide access to school even amidst such turmoil.

UNICEF, for instance, has been working with the Ministry of Education to find solutions.

In an article focused on Yemen, the UNICEF site stated that they are, “working with the Government to help organize catch-up classes for those who have missed their education and encourage as many children as possible to return to school for the new school year.”

The combined efforts of UNICEF and the Ministry of Education have also worked to help children take exams that were missed due to schools being closed during the fighting.

War Child is another organization that has been working in several war-torn countries to improve education despite war and conflict.

On their site they shared, “In Afghanistan we’re providing education for the street children who use our drop-in-centres. We’ve also opened 20 Early Childhood Development Centres to provide 620 children aged 4-6 with a pre-school education.”

Similar work is being done in the Democratic Republic of Congo, Iraq, Uganda and Syria.

These programs allow for children to receive the education that is needed to help end the cycle of poverty in these developing nations despite the negative impacts of war.