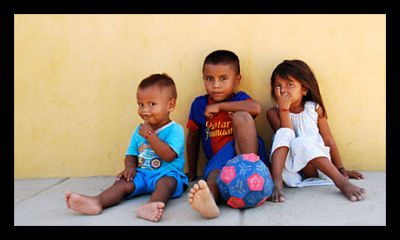 In the past decade, resource-rich Colombia has risen to become one of the second world’s emerging powers. Its resource production and role in global trade have increased rapidly, and in turn, education is in the process of reform. While education in Colombia has improved in recent years, the government is continuing to make reformative change.

The Colombian government formed the Everyone Learns program in 2012, which focuses on elementary students in public in schools in the country’s poorest areas. Everyone Learns is primarily geared toward mathematics and language and has reached approximately 2.4 million students. Education Minister Maria Fernanda Campo lead the program, which selected more than 3,000 of Colombia’s best teachers to bring in another 90,000 in the countrywide initiative.

In a 2012 report titled Education for All, the United Nations Educational, Scientific, and Cultural Organization (UNESCO) explained that the rapid growth of Colombia reveals existing inequalities in social class, gender and ethnicity, which is aggravated in large part due to a lack of access to education. The UNESCO examination reports that while Colombia has a good adult literacy rate, there is a low rate of education among children and an even lower index in post-secondary studies.

While many students in wealthier households might have access to education, those from families living in poverty often have less accessibility to schools. Forty-two percent of children from the poorest households start late, as opposed to the 11 percent who start late from more affluent families.

From when they begin school on into secondary school, the large majority of students from wealthier families have access to education, whereas about only half of youth from families in poverty attend school. “Colombia has been one of the fastest growing countries in Latin America, but growth is volatile, affected by conflict and discrimination,” the report said.

Colombia is in the process of evolving: the disparities revealing themselves as Colombia develops have left some of its poorer citizens with less access to education. However, the government is focusing on making change and is promoting initiatives to increase accessibility to schooling.