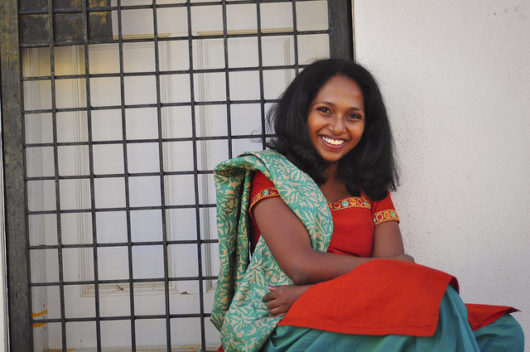 The e-commerce industry in India is growing at an unprecedented rate and is estimated to be worth $150 billion by 2022. This industry is expected to generate employment throughout the country; it includes e-travel, e-tail and e-financial services. Fashion retail is around 30 percent of the online retail searches and may reach as much as $35 billion by 2020. This will be a significant source of employment for women and minorities.

The Government of India has supported this sector through initiatives such as Digital India and Startup India. Digital India is a campaign to increase access to digital technology throughout the country by improving infrastructure, spreading awareness about digital technology and digitizing government services. This campaign has been endorsed by several high profile companies such as Google, Facebook and Microsoft. Other major initiatives, such as the GST (Goods and Services Tax), have coaxed the economy away from cash transactions towards the digital economy.

The Government of India has involved various stakeholders from the private and public sector to create an updated e-commerce policy that recommends improving the regulatory mechanism and enforcing certain protectionist barriers. The draft version of this policy includes providing data protection for users, giving more control to the founders of e-commerce and encouraging domestic production.

The e-commerce industry in India is expected to generate more than a million jobs by 2023; this will not only increase jobs in the corporate sector but also in industries such as logistics, warehousing, customer care, human resources and technology. This will benefit many Indians in both urban and rural areas.

Studies show that more than 70 percent of online sellers come from smaller towns, and more than 20 percent of them are women. Thus, e-commerce encourages women entrepreneurship and adds to the growth of the economy. Creating opportunities for women to be economically independent helps fight gender norms and make progress towards economic equality of the sexes.

Many women are selling products within the fashion, health and wellness as well as handicraft industries. The ability to work from home is a convenient and effective way to earn a living, and it also supplements family incomes. Studies show that empowering women has a huge impact on the health and well being of the family.

An online portal named Mahila-e-Haat is an organization that facilitates a direct interaction between vendors and buyers. It provides support to women who wish to gain financial independence; this group is expected to help 125,000 women nationwide.

Craftsmanship on the Rise

Global as well as local companies are contributing to the market by expanding the workforce. Many traditional craftsman and artisans have been able to use this platform to sell their products. Now, they can continue the age-old traditions of craftsmanship while at the same time break free from the traditional costs of the middleman.

Plus, the e-commerce industry in India is empowering small manufacturers since many e-commerce companies are employing experienced craftsman, many of whom were not formally employed before, but rather, worked with their families unofficially.