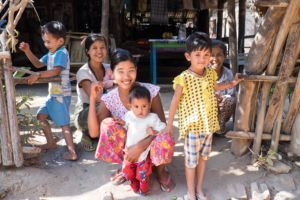 A new variation of the parasite causing malaria has captured the attention of medical professionals in South East Asia. They first noticed a strain of drug-resistant malaria in 2013 and it has spread aggressively throughout the region. Medical researchers from the Wellcome Sanger Institute, University of Oxford and Mahidol University noticed that the new strain has replaced local malaria strains in Vietnam, Laos and northeastern Thailand. They have also seen the strain developing new mutations from when they initially identified it in 2013 and this may be enhancing resistance even further.

The advancement of the new drug-resistant malaria might stem from the heavy usage of anti-malaria drugs in the region. Medical professionals commonly distribute the drug throughout the area, forcing the parasite to evolve or die out. Patient usage is also giving the parasite a leg up, as often people are taking a weaker dosage or do not finish the treatment but terminate usage when they begin feeling better.

Malaria is the result of the Plasmodium parasite that transmits through a mosquito bite. The drug-resistant malaria strain is called KEL1/PLA1 because of its combination of genetic mutations. A recent study has noted that KEL1/PLA1 has diversified into a subgroup of strains that contain the genetical modifications causing resistance. These parasites are also showing resistance to several classes of anti-malarial drugs. The new adaptations are limiting treatment options and making them increasingly expensive. Currently, clinical trials have begun to test the effectiveness of a triple combination treatment for the new drug-resistant malaria.

The current front-line defense is a two-drug combination of dihydroartemisinin and piperaquine or DHA-PPQ. But a 2018 study showed the resistance to dihydroartemisinin-piperaquine spread undetected for five years in Cambodia, giving the drug time to mutate further and wipe out existing non-resistant strains. One solution is to change the partner drug, piperaquine, to a drug that is currently effective such as mefloquine or pyronaridine. Cambodia and Thailand have implemented this solution but it could be logistically challenging on a large scale.

For now, health officials believe they will be able to manage the situation as malaria rates are lower in Southeast Asia. Officials, however, believe if the drug-resistant malaria parasite spreads to Africa, the consequence could be dire. Sub-Saharan Africa sees the most substantial numbers of malaria and faces the most significant logistical problems when attempting to treat it. In the 1960s, a similar situation occurred where a strain developed in Asia and spread to sub-Saharan Africa, where due to a lack of alternative medications, malaria-related deaths double.

People are currently using rapid test kits to help prevent and treat drug-restraint malaria. The kits can identify which parasite strain is causing malaria, allowing medical professionals to treat malaria accordingly. This tool will be increasingly important if the drug restraint parasite spreads to Africa. Sub-Saharan Africa alone accounted for 66 percent of the 276 million rapid diagnostic test sales worldwide in 2017. The test allows for professionals to best allocate supplies that are scarce in sub-Saharan Africa. As the fight against drug-resistant malaria continues, the rapid test kits are a cost-efficient way to increase their odds of eradicating the parasite.