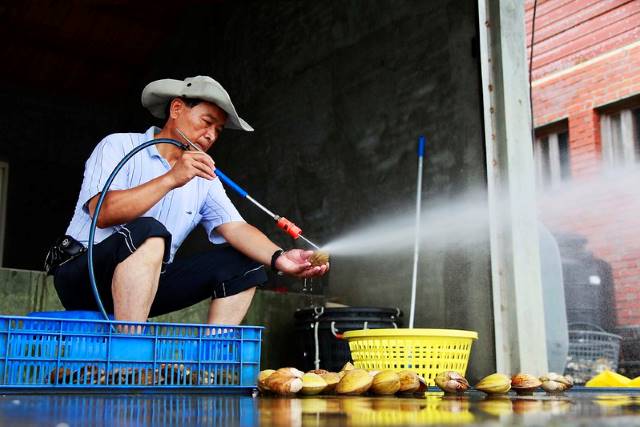 The country of Taiwan, the world’s largest producer of computer chips, also known as semiconductors, is experiencing a massive drought. Decreased water supply has led to the government’s rationing of water, resulting in greater water prioritization for chip-producing companies than for struggling farmers in the region. The effects of the drought in Taiwan have gained the attention of many Instagram influencers who have posted information about it in order to spread awareness.

The most recent drought in Taiwan is the result of a dry spell that has lasted 18 months. Under normal circumstances, Taiwan is considered subtropical as the area usually receives plenty of rain throughout the year and typhoons are typical for the region. In the summer of 2020, however, Taiwan did not experience any typhoons and rainfall rates decreased significantly.

In the Baoshan Second Reservoir found in Hsinchu County, water levels dropped by 96.2% from March 12, 2019, to March 12, 2021. The state of the reservoir and other central water storage facilities in Taiwan prove just how serious the drought has become. A study conducted by the Research Center for Environmental Changes predicts a 50% chance of a 20% water inadequacy in the future, specifically in the Banxin and Taoyuan regions.

Drought and the Semiconductor Industry

As Taiwan is the world’s largest producer of semiconductor chips, companies rely heavily on the water supply to continue running since the chips require copious amounts of water to be cleaned and manufactured. Due to water shortages, the Taiwanese Government decided to stop irrigating thousands of hectares of crops and instead grant more water to the semiconductor chip industry. The government is compensating farmers, but farmers still risk losing clientele and damaging their brand reputation. Furthermore, young farmers who were encouraged to go into agriculture feel as though they have wasted investments in land and equipment.

The worldwide demand for the chips has caused companies in the United States, the U.K. and Australia to raise prices on cars containing microchips as the need for these devices is greater than ever. As the demand for chips continues to grow, Taiwan’s farmers must face the socioeconomic impacts of losing countless crops.

The importance of the computer chip industry to Taiwan’s economy is immense. Therefore, the government is putting a lot of effort into trying to quickly resolve the water crisis. The government has prioritized constructing wells for water and using military planes to spread cloud-seeding chemicals that have the potential to produce rain.

The government had promptly tackled prior issues with water, including leaky pipes, which caused 14% of water loss in the past. The leakage rate is now down 20% from the previous decade. The government has also started creating more water desalination plants, which process significant amounts of water. The plants may not be enough to keep up with the needs of semiconductor manufacturers, however. Chip manufacturers are also attempting to save themselves.  A large semiconductor producer known as TSMC is recycling 86% of the water it uses in order to conserve water.

There is no doubt that water allocation during droughts in Taiwan must be improved, but with government authorities, struggling farmers and social media influencers coming together to discuss the issue, there is hope that a long-term solution may be on the horizon.