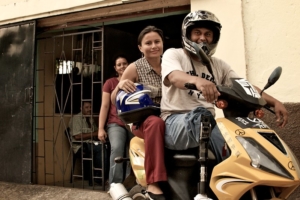 In El Triunfo, a small town located in Honduras, many farmers have battled food insecurity and poverty by pivoting to growing cashew trees. Worsening climate conditions have created a continuing drought in Honduras and cashews have become a way for some to adapt their crops to deal with the changing land.

In September 2019, the drought in Honduras became so severe that the government declared a national state of emergency, a drought that had been going on for five years already at that point.

The traditional crops of maize and beans do not stand up well to the changing climate. According to Reuters, drought destroyed up to 80% of crops by 2019 in some regions. The lack of crop diversity is additional harm, as corn, in particular, can deplete essential nutrients from the soil.

Every year, the drought has more of an impact, as stocks deplete and the soil becomes worse. It eventually becomes difficult for farmers to recoup their losses.

The Dry Corridor is a stretch of land in Central America running through El Salvador, Guatemala, Nicaragua and Honduras. The region’s name comes from its ongoing drought and minimal rainfall. Within this region, over 25% of residents do not have the finances to purchase sufficient essential foods.

As of July 2021, more than 73.6% of Hondurans are in poverty with 53.7% in extreme poverty, according to estimates by the Honduran government.

How El Triunfo is Adapting Crops

The town of El Triunfo has taken an adaptive approach to combat the drought in Honduras. In 2018, a group of farmers in the area founded a community cooperative. There are currently 38 members of the cooperative, mostly women and their main focus is the growth and cultivation of cashew trees, The Guardian reported.

Cashews and cashew trees provide numerous long-term benefits. Primarily, they are extremely drought resistant and actually better the quality of the soil. They additionally benefit their environment by providing coverage for animals and other plants. In these ways, they differ from the crops that Honduran farmers traditionally grow.

Cashews are also packed with nutrients. One ounce of cashews contains five grams of protein and 12 grams of fat. They are additionally high in copper, which helps the body produce energy. Essentially, cashews provide a valuable supplement to the diet of those facing food insecurity.

Beyond being able to eat the cashews they grow, farmers in Honduras sell and make a profit from their cashew yields. While the cooperative does not currently have the means to process the cashews themselves, they are able to sell the nuts to an intermediary. Although, they do hope to have their own operations one day, according to The Guardian.

While the long-term efficacy of the cooperative remains to be seen, as much of their operation is still in its developing stages, there are also more established companies within the town of El Triunfo. Etramasot, for example, is a cashew farming company founded in 2003 that fully manages its own processing. Ninety-two farmers currently grow for Etramasot and the current president, Almí Martinez, has witnessed first-hand the qualitative benefits of utilizing stable, drought-resistant crops.

“I’ve seen people able to buy their own land, animals and educate their children who have gone into professions,” she said in an interview with the Guardian.

The drought in Honduras and the weather conditions throughout the entire dry corridor make it difficult for farmers in the area to produce consistent crop yields. Cashew trees, however, are able to thrive despite these conditions, leading many farmers in El Triunfo, Honduras to adapt their fields to grow cashews. The resulting cashews not only provide a steady source of nutrition for the farmers but allow them to reap the economic benefit of selling the excess.