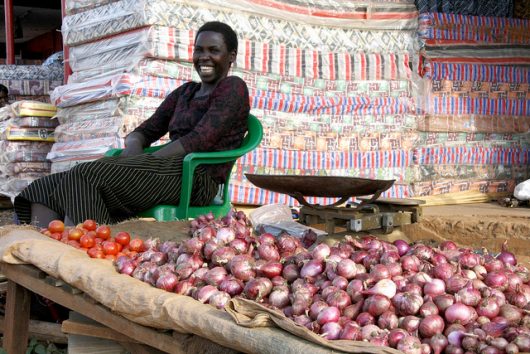 Under the U.S. Government Global Food Security Strategy, the U.S. selected Uganda as one of 12 Feed the Future target countries. Feed the Future is a U.S. global hunger and food security initiative that is primarily carried out by USAID. One main component of USAID’s Uganda strategy is nutrition since Uganda is among the top 20 countries with a high prevalence of malnutrition.

Effects of Malnutrition in Uganda

Malnutrition causes about 45 percent of child deaths in Uganda. Malnutrition severely affects children because it can lead to:

The severity of a child’s stunting directly relates to their degree of cognitive impairments. Adults who were malnourished as children often have lower educational attainment and earn decreased wages. These adults have a reduced likelihood of escaping poverty.

Malnutrition can also cause anemia, a condition marked by a low red blood cell count or low amounts of hemoglobin. More than 4 million (53 percent) of Uganda’s children under the age of five are anemic, but malnutrition in Uganda does not just affect children. USAID reports that 32 percent of women and 16 percent of men between the ages of 15 and 49 are anemic.

How USAID Fights Malnutrition in Uganda

USAID also works closely with Uganda’s government to implement programs for nutrition interventions on both national and local levels. These programs, plus more highly trained health care workers, have already had a massive impact on malnutrition in Uganda. With the help of USAID, the percentage of children under the age of five with stunted growth has been almost cut in half since 2001 when it was nearly 50 percent.

Some examples of the nutrition intervention programs include:

The nutrition education programs USAID and Uganda’s government have implemented work directly with caregivers, teaching them about the importance of certain types of food:

Dietary diversification’s objective is to increase the variety and quantity of nutrient-rich foods in a household’s diet.

Diversifying diets is generally achieved through social and behavioral changes. Besides the three types of food, nutrition education programs also provide cooking classes and teach caregivers about the importance of meal frequency, hygiene and even gardening. Changing behaviors such as meal frequency and hygiene greatly contribute to children’s overall health. Teaching caregivers about gardening improves their access to diverse foods.

USAID seeks to ensure that families have all of the knowledge and skills they need to maintain healthy diets and reduce the prevalence of malnutrition in Uganda.