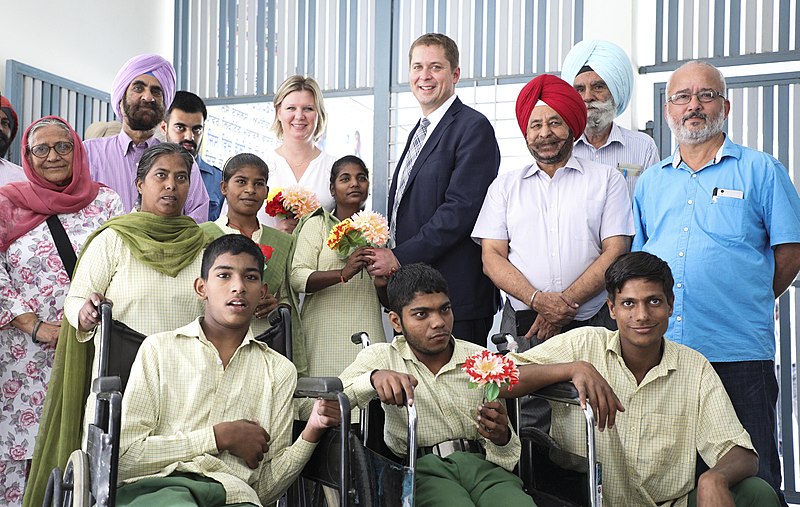 The fight for the rights of the disabled has been a long and treacherous road. Even today, many regard disabilities as the karmic result of the disabled person’s sins from a previous life and shame them for it. Here is a brief summary of the movement for rights and disability services in India.

People with disabilities largely lived as societal “outcasts” until and even throughout the 1970s. Individuals began to advocate for rights and disability services in the 1970s, but the movement itself did not really take off until the 1980s. Throughout the 1980s, the Indian welfare system became more of a developmental system, shifting the stigma surrounding the disabled as being charity cases. People also began focusing on disability services in India within the medical system by the end of the 1980s.

The Rehabilitation Council of India was set up in 1986, which regulated and standardized rehabilitation programs for the disabled. This was followed by the Mental Health Act, which was passed in 1987 and focused on regulating standards in mental health institutions. The People With Disabilities Act (PWDA) was passed in 1995, which reserved 3% of governmental positions for people with disabilities.

Employer requirements in India have been expanded over the past few decades to provide accessibility and equality to disabled employees. These include providing training, benefits and accessible environments for disabled people. Businesses also are required to conform to governmental accessibility requirements on all new builds and must frame and publish an Equal Opportunities Policy that shows posts and vacancies in the company suitable for people with disabilities. Employers are not allowed to fire an employee because of any disability sustained while employed.

The 2011 national census in India reported that 26.8 million people, or 2.21% of the population, suffer from some kind of disability. However, disabilities in India are ill-defined vastly underreported. If a citizen is educated and/or working, it is likely that the census taker will not report them as disabled, no matter what their condition is. Because of this, the global census estimates that the disabled population in India is closer to 15%.

Non-Governmental Organizations (NGO’s) are a major source of disability rehabilitation in India but are starved for resources. There are about 1,600 voluntary disability service organizations in India, and they all compete for a small amount of government funding. Because of this, the staff members are grossly underpaid,  the conditions are poor and there is a lack of organization.

While changes are being made to create and expand disability services in India, there is little to no awareness about these changes or the issues themselves. For example, the government created a line of wheelchair-accessible buses but neglected to advertise for them or release the schedule for the buses. After several months of low wheelchair-user ridership, the buses discontinued services.

Despite this, more successful organizations have been able to provide services and raise awareness, such as the National Association for the Deaf and peer counselors in Mumbai offering services to people with disabilities living independently. Disability services in India have come a long way over the past 50 years, but raising awareness about the issues and changes that have already been made is the next step on the road to equal rights for those living with disabilities in India.

Homelessness in Lebanon: Bridging the Gap 7 Facts About Hunger in Côte d’Ivoire
Scroll to top