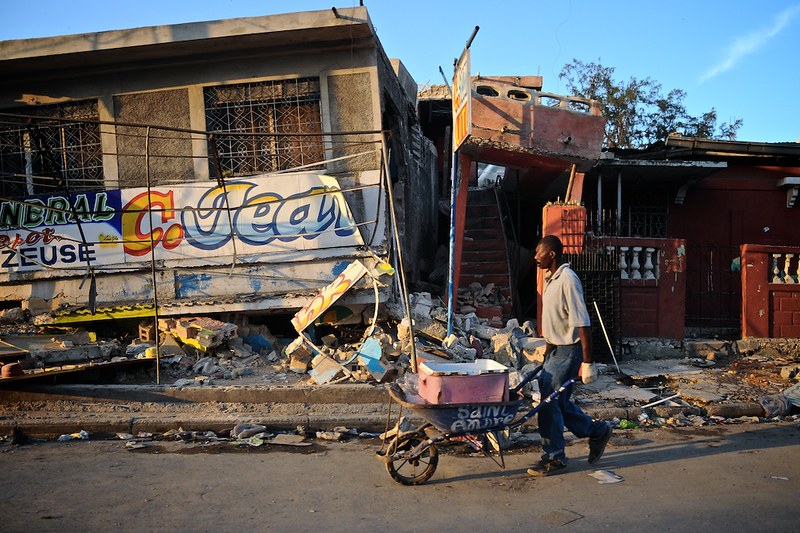 An unidentified gunman assassinated Haiti’s president, Jovenel Moïse, in his residence on July 7, 2021. The assassination marked a new chapter in Haiti’s tumultuous history of governance. Never possessing true legitimacy, years of institutionalized corruption and patronage to Haiti’s small business elite characterized Moïse’s time in office. People accused Moïse and some of his top staff of embezzling billions of dollars in foreign funds. He had no intention of leaving office, and instead closed Haiti’s parliament and delayed legislative elections. In Haiti, the thought of democracy in Haiti – with free and fair elections – is a distant dream.

Internal corruption has led to governance that prioritizes the interests of the nation’s wealthy minority, holding the prosperity of Haitians hostage in the process. The country has yet to reflect the true democratic will of the Haitian people. For far too long, the Haitian people have suffered due to their country’s political turmoil. They deserve a government that will work fervently towards providing economic opportunities and an educational infrastructure that will benefit future generations.

The Heart of Haiti

While resilient at its core, Haiti is one of the most impoverished countries in the world. Furthermore, the country never recovered from the devastating 2010 earthquake that killed over 250,000 people. The COVID-19 pandemic has recently exacerbated its already deteriorating infrastructure. Lagging behind the rest of the world, Haiti has not administered any vaccines. Despite a lack of basic resources, the Haitians refuse to give up. Family farms and women-led food markets in urban hubs have transformed the national economy. As a result, hope is undergoing restoration in a population that its own elected officials have unfairly marginalized.

As Haiti navigates this transition of power, it is ever as important for the international community to support the Haitian people. Following Moïse’s assassination, White House press secretary Jen Psaki professed, “We again stand ready to provide support, provide assistance, in any way that is formally requested by the government there. We’re looking forward to hearing from them on what they would request and how we can help them through this period of time.” The next month will prove to be vital in ensuring the restoration of democracy in Haiti. As U.S. officials and other members of the international community offer hands of assistance, it is crucial that their vested interests remain out of the picture.

While uncertain, the road to democracy in Haiti is promising. Legislative elections are now scheduled for September 2021, but Haiti must first solve the predicament of who will be the country’s interim president. Nevertheless, this is a monumental moment in Haitian history. The world will have to see if Moïse’s death will ignite unity across Haiti, bringing peace to its people who have long experienced immense poverty. It is up to Haiti’s political leaders to prevent democratic backsliding and in turn, forge a brighter future. Likewise, international organizations such as the United Nations and World Health Organization (WHO) must continue to amplify their presence in Haiti during this turbulent time. Achieving true democracy in Haiti is possible, but much more groundwork is necessary.