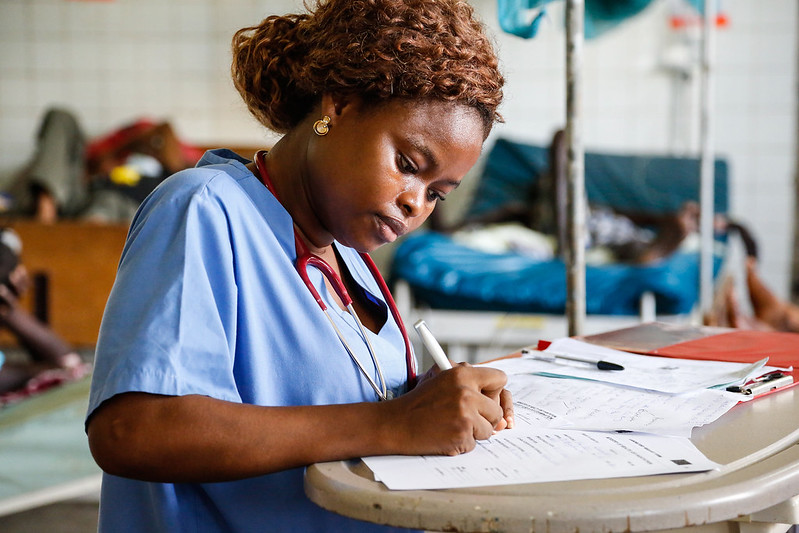 The capital of Sierra Leone, Freetown, is historically known for being a home for freed slaves during the transatlantic slave trade, giving Sierra Leone a prominent place in history. However, the small west African country boarding Guinea has faced many adversities. One is the significant increase in adolescent pregnancies and fertility being some of the highest in the world. Women in Sierra Leone have “a one in 17 lifetime chance of dying during pregnancy, delivery or its aftermath.” This article will discuss the main reasons for the decreasing maternal mortality rate in Sierra Leone.

Data Behind the Mortality Rate in Sierra Leone

For the government of Sierra Leone, keeping a consistent record of deaths was nearly nonexistent during the Ebola outbreak. According to an article by Financial Times, Dr. Sesay, who is “the government’s director of reproductive and child health,” conducts the government’s response to the maternal deaths. According to Dr. Sesay, procedures are set out to lower the maternal mortality rate in Sierra Leone. “We’ve put in place a maternal death surveillance and response team, and developed a technical guideline. When a death is reported, they go and confirm.”

Part of the surveillance is ensuring that reporting the deaths is imperative. This requires health workers within communities to report the deaths to major health facilities. Furthermore, this is vital to decreasing the maternal mortality rate in Sierra Leone as it ensures that all families are accounted for and not misrepresented in the sample population. However, the same health workers reporting the data are the same ones attempting to save these expectant mothers’ lives, which stretches on the ground workers.

Looking at the Numbers

Equally as important, the predominant reference of data for maternal deaths is CRVS (Civil Registration and Vital Statistics). The issue is that Sierra Leone doesn’t recognize this system of data reporting. When this occurs, other data systems are created, such as surveys and various studies, which leaves more room for inaccurate information. The organizations the World Health Organization, the United Nations International Children’s Emergency Fund, the United Nations Population Fund and the World Bank Group have collectively concluded that not all deaths can be recorded due to “systematic error.” Meaning the data presented won’t be accurate due to the actual number being lower or higher and this will impact how the maternal mortality rate is decreasing in Sierra Leone.

However, when using CRVS, “records will be systematically lower than the true number because there will always be deaths that go unreported. This is referred to as a systematic error.” Along with systematic error, there is the possibility of “random error,” meaning when a health worker records inaccurate information. This increases the inaccuracy of maternal deaths in Sierra Leone. Considering health workers are underpaid and overworked, random error is present when recording maternal deaths.

There are multiple ways of decreasing the maternal mortality rate in Sierra Leone. However, today’s most beneficial way is by increasing and encouraging education for traditional birth attendants (TBAs). Undergoing childbirth for many women in Sierra Leone in the past meant being at home and having a TBA present. Usually, a TBA is an elderly woman from within the community and is often referred to as “auntie” or “mother.” Although this may sound beneficial and comfortable, such as having a midwife or doula, according to the government, TBAs were the primary reason for the country’s maternal deaths.

If patients were to have any complications during delivery, the TBA would inform the patient that emergency transportation would take too long to arrive and going to the nearest clinic would take too much time. In most cases, patients would bleed out as healthcare officials would arrive too late. The government attempted to resolve this issue by ratifying a law in 2010 forbidding TBAs to assist in deliveries outside of a clinical environment. If a TBA and anyone else taking part in the process, including the expectant mother, were caught defying this law they would face extreme retribution.

Established in 2001, the non-governmental organization IsraAID is working towards providing “emergency and long-term development settings in 50 plus countries.” The organization also has a medical care program that targets “reproductive health,” along with expanding educational opportunities. For the maternal mortality rate to decrease, the government of Sierra Leone has to establish effective maternal mortality reporting data and education for TBAs.

Teaching Children In Sub-Saharan Africa Via Television Programs Amid COVID-... How the Caste System Affects People in India
Scroll to top